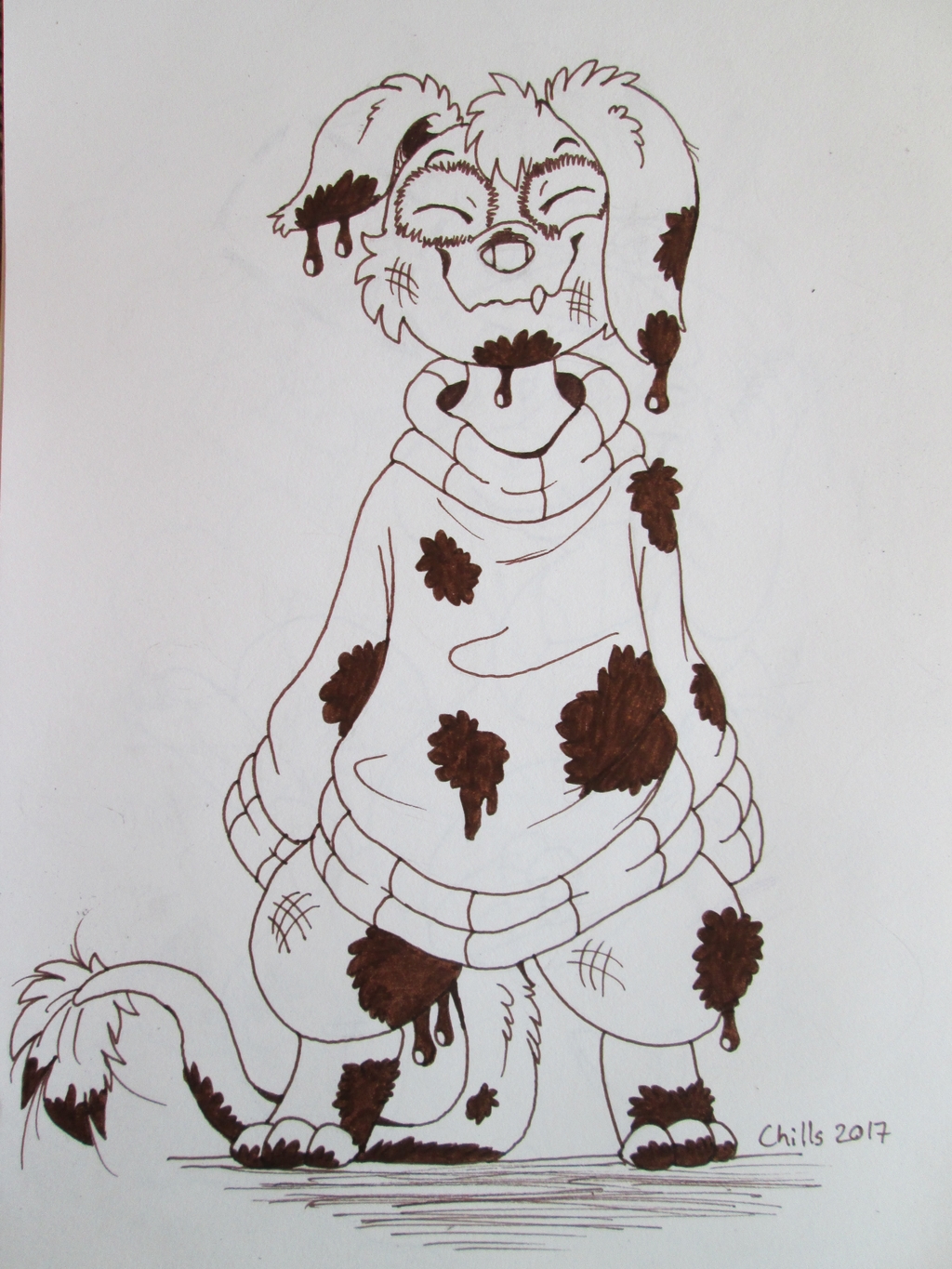 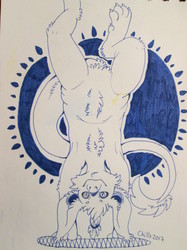 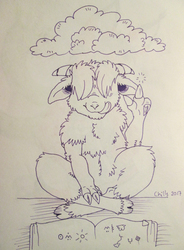 "Sot's ability to seek out dirt and grime, and somehow get it all over himself, is astounding. He always claims it's an accident, but doesn't seem to mind being filthy all that much. Perhaps he enjoys it, or perhaps he doesn't like bathing, as he puts up a fight every time anyone suggests he wash himself off. If the dirt becomes a nuisance to everyone around him, however, he'll reluctantly relent.

His job often gets him sooty, as cinderflies release ash once they explode. To prevent getting soot into his eyes, he wears protective goggles, which tend to leave two circle marks around his eyes. These soot stains have become quite characteristic for him, especially since he rarely gets them off. He's not called "dirtchild" for nothing."