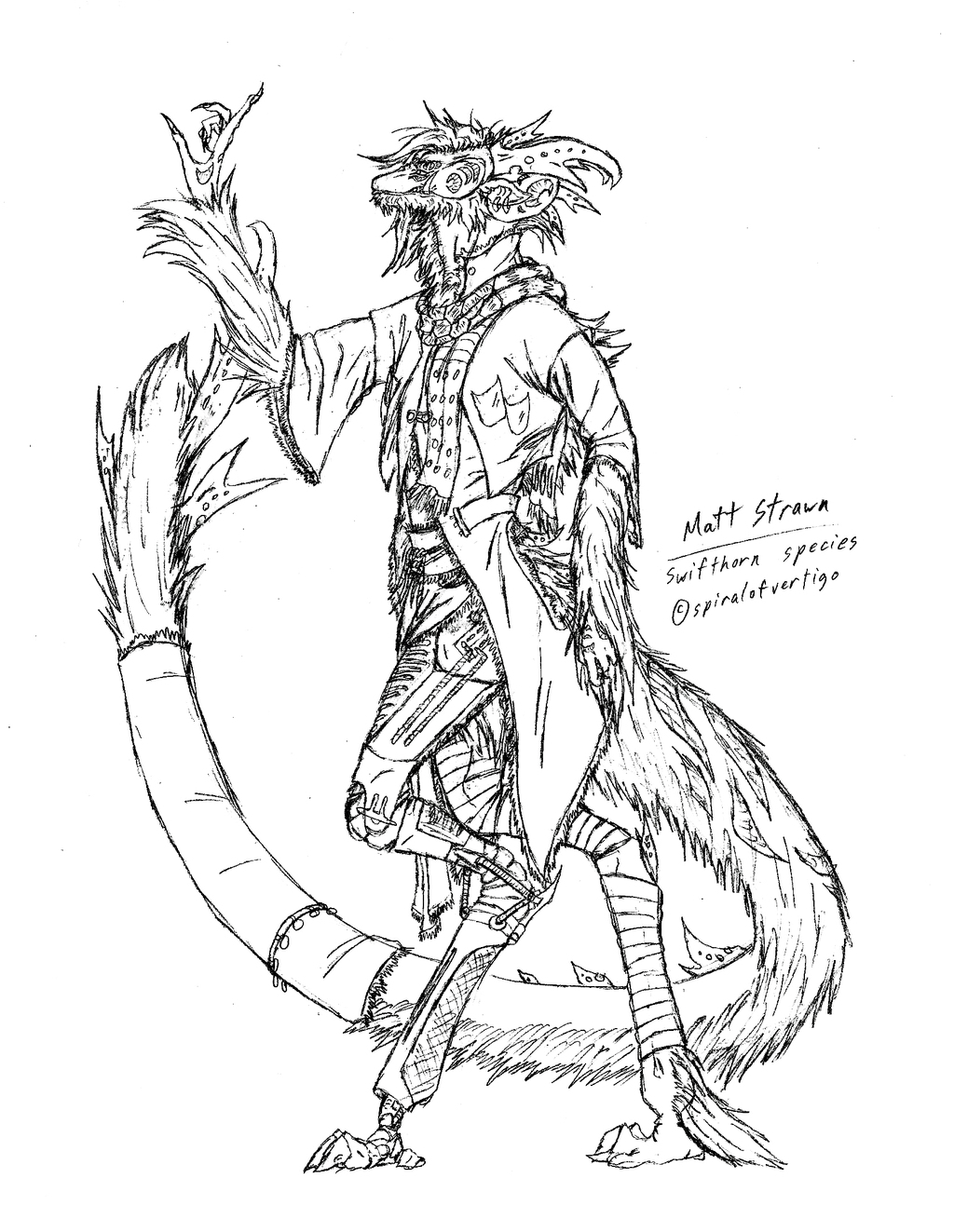 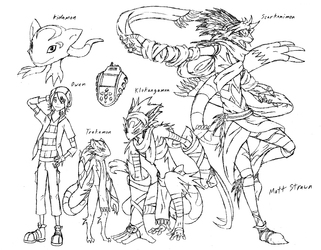 Tauril is a character I designed from spiralofvertigo's swifthorn species, particularly the arctic sub-species. This guy first popped into my head years ago, when I first saw the arctic swifts; it's nice to come back to the idea and finally get him out! Of course, being a species owned by another artist, Tauril doesn't exist in any of my own worlds.

Tauril is somewhat of a vagabond with a carefree attitude and a love for the ocean. He spends much of his time riding out on others' fishing boats, offering to play music on one of his instruments for the sailors as payment for letting him aboard. He's also always open to trying new things with every crew he joins, and can often prove that his talents go beyond his music. Those who talk to him for a while though may find that he's actually quite wise and intelligent. In his youth, Tauril had built the electronic instruments he carries around, and modified his mechanical leg on several occasions. Despite an early desire to be a technician, though, Tauril found that he enjoyed his music more, and strove to build a simple life that would let him focus on it. Still, he occasionally fixes malfunctioning tech aboard the ships he sails with, and often tampers with his instruments and leg when he has the opportunity.