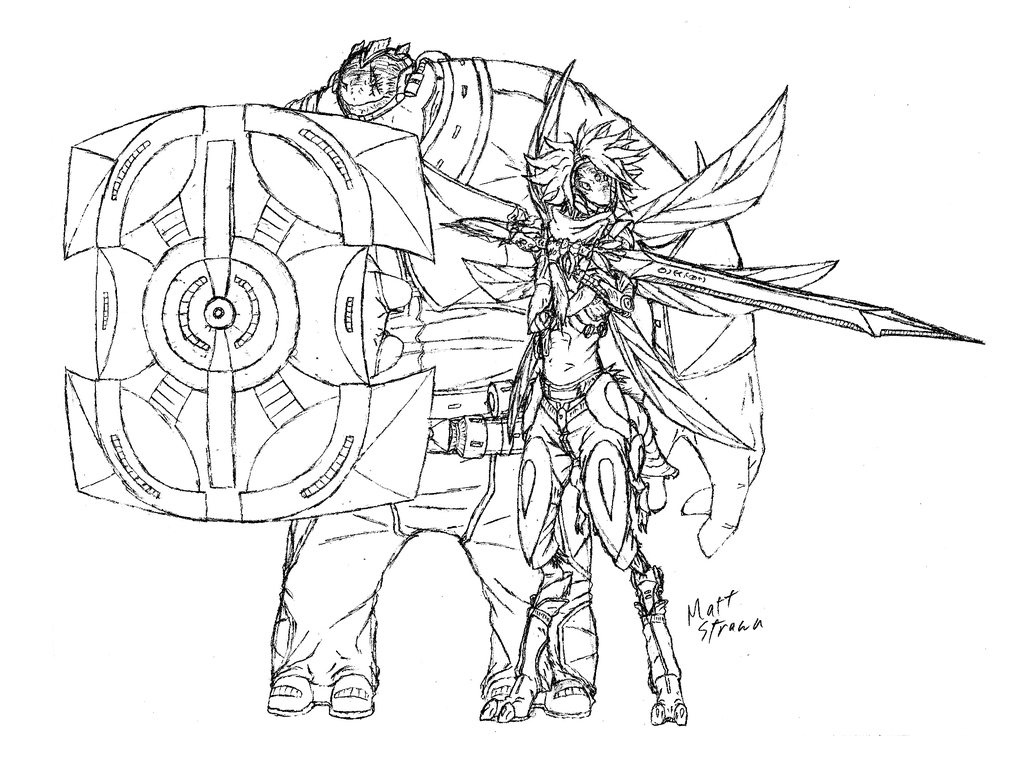 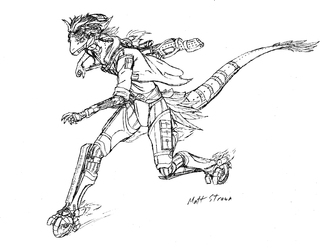 When the remote, ungoverned world of Pynrove experienced a cataclysmic event, most survivors were stranded, with no way to get off the world or call for aid. Some banded together to get by, while others turned to violence and theft. Gordum, a member of the former society's makeshift town guards, protected his surviving citizens with his life, until the time came that the best way to help them was to leave in search of greater help. Farin, an exiled warrior, crossed Gordum on his journey, and though the two nearly fought at first, they found themselves forced into a shaky alliance when both of their lives were threatened. As they carried on, they became partners, friends, and eventually even a couple. Although, to anything that stood in their way, they were a dangerous dynamic duo. Farin and Gordum, like many other great warriors and scavengers of post-cataclysmic Pynrove, soon were tied to renowned nicknames: The Cleaver and the Barrier.