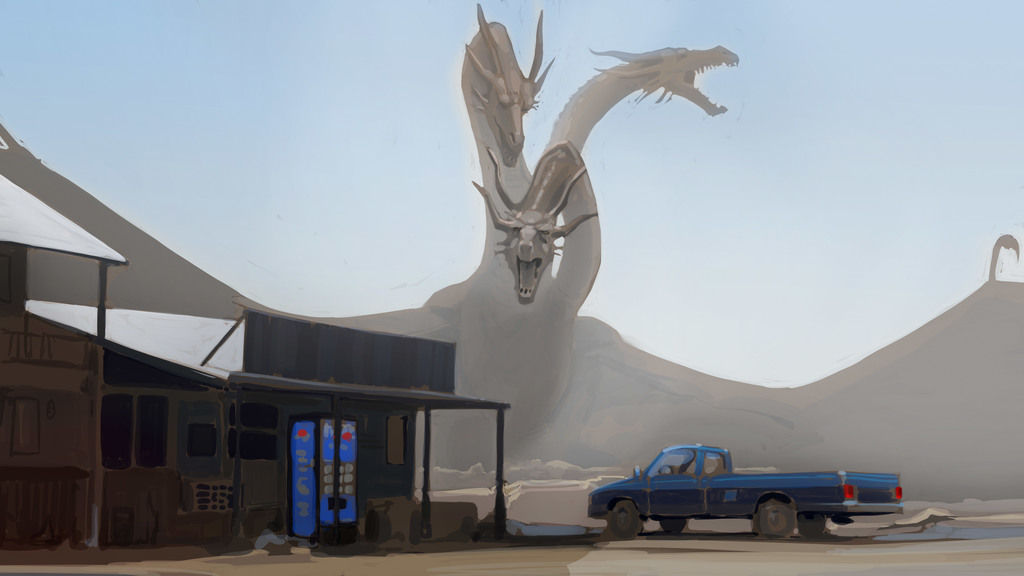 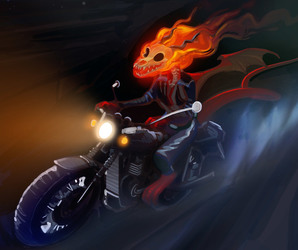 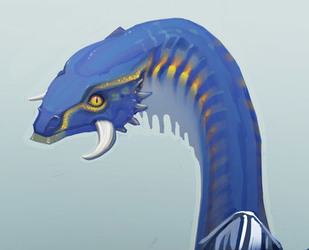 Smaugust is, in essence, an artistic Marathon. It's not so much healthy for you itself, as it is a demonstration of how healthy and in-shape you already are.
The fatigue had been steadily catching up to me all month, and I knew I only had a good hour or two left in me, tops.
So I used a lot of shortcuts on this one, but apparently not enough to break the picture.

To keep the desert from feeling too generic, it was loosely based on a section of northern Tonopah, NV, specifically around the old Clown Motel.
Although the end result bears little resemblance, working from reference invariably helps ground things in reality.
Even through heavy deviation, traces of its DNA remain in the picture.

I've been told this piece evokes the work of Simon Stålenhag, which if so is extremely flattering. This was not done consciously.

Since there was no official prompt list this year,
I decided to combine this one with this one.