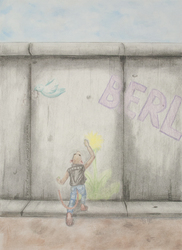 Just as last time I had the best intentions to finish one of the drawing challenges in october 2016. Well.. I made it to day 5.
I had many more sketches though but there were just too many things on my mind that time to work them out.

Because I had a hart time imagining something for every word from "Inktober" in 2015, I combined them with the "Drawlloween" in 2016. Four of five pictures don't feature anything animal-like but this one does. (And it's also my favourite.)
So have fun with the fastest zombie snail in history!
(Inktober: Fast. Drawlloween: Return of the Dead)

Picture was made by Sirana J. Helena
Please don't copy, alter or distribute.