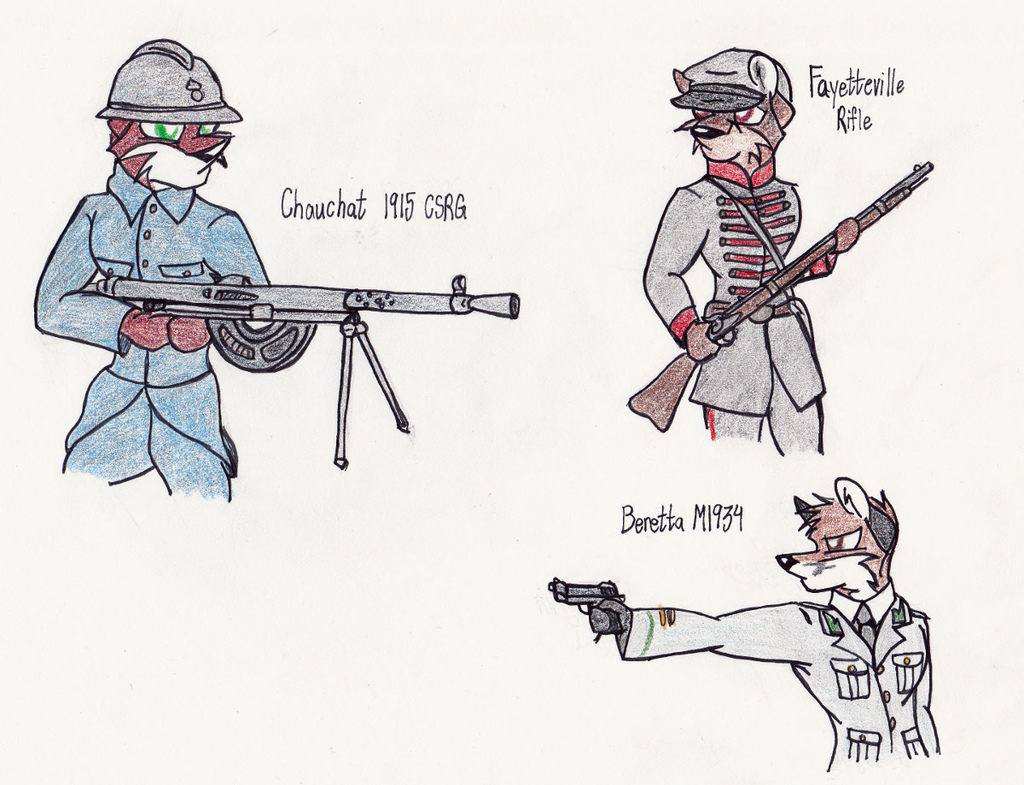 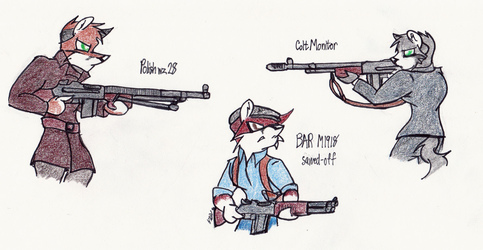 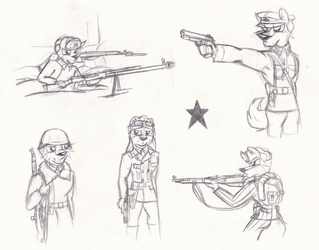 A little practice. A WWI French soldier with a Chauchat, a Confederate with a Fayetteville, and an Italian officer from the Second World War with a Beretta.