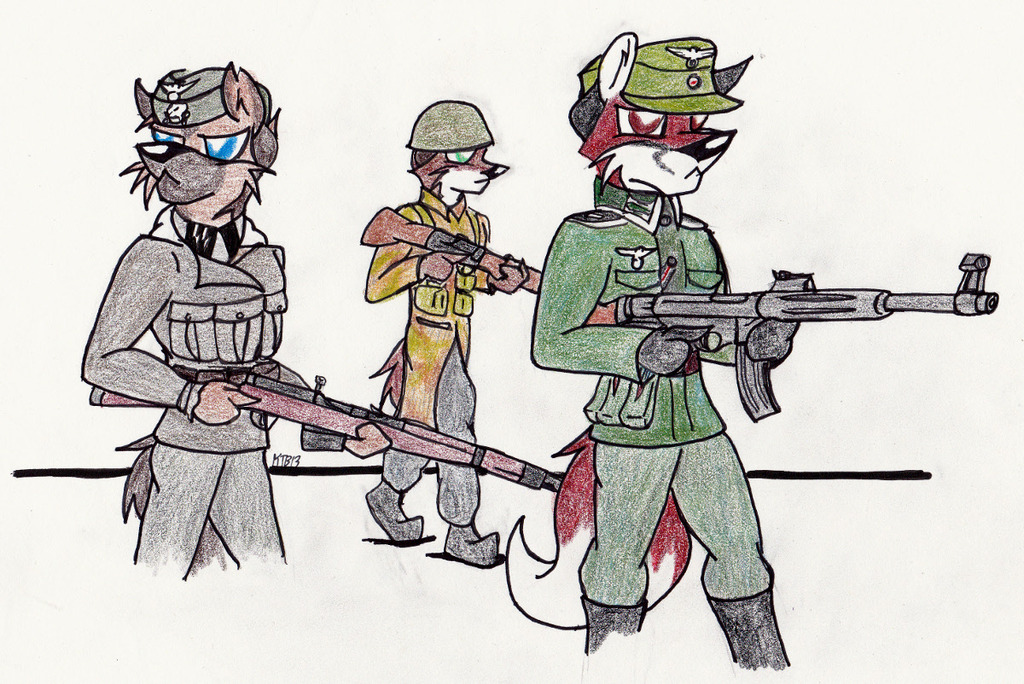 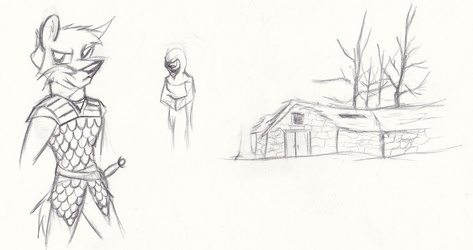 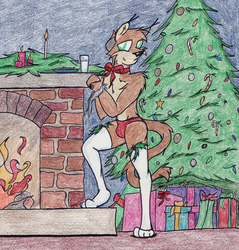 On the left is a private in the Waffen-SS armed with a G41(W) rifle.

Center and in the back is a Fallschirmjaeger, part of the Luftwaffe, with the FG42 machine rifle. His rank is undetermined in this pic.

On the right is a senior sergeant of the Heer, or Germany Army. He is armed with the StG45(M), a very late-war design intended to replace the StG44. Due to its late appearance, the weapon would be to late for the war; however, it would lead to the Spanish CETME and German HK G3 rifles of the Cold War era.