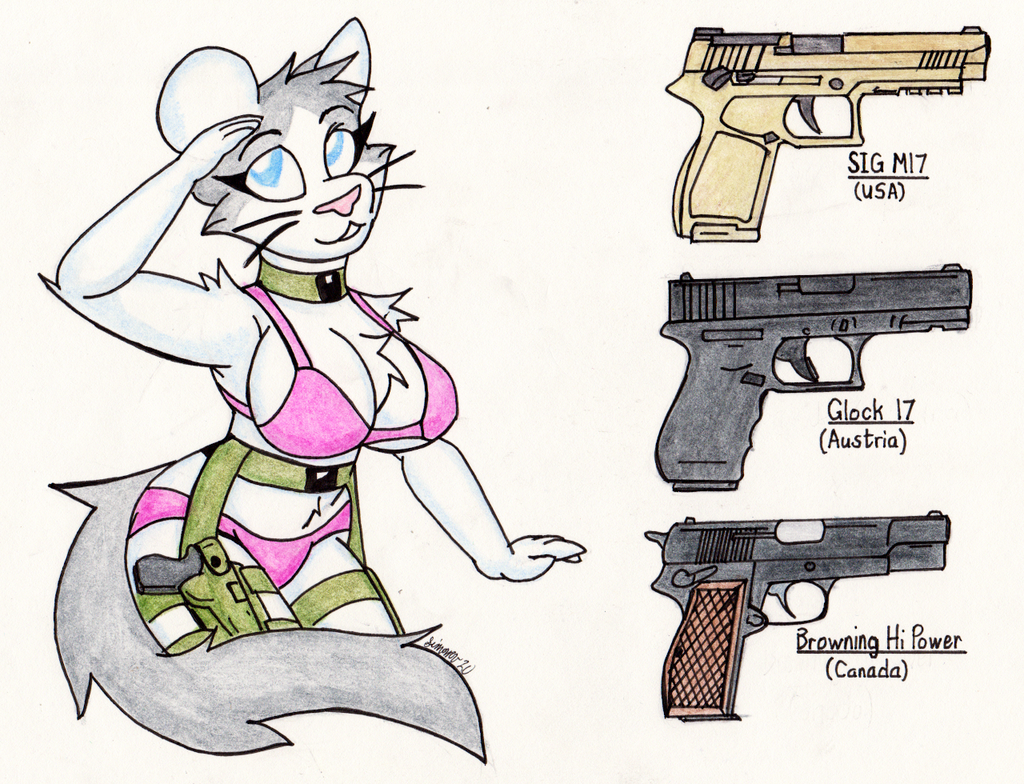 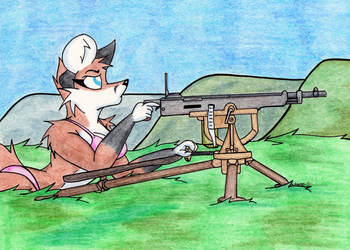 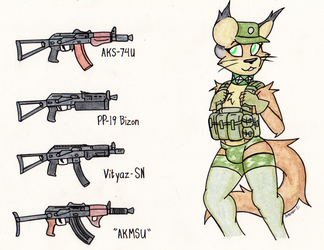 A quick visual guide to a few service pistols currently in service with nations around the globe. Note that weapons are not drawn completely to scale

The SIG M17 is the current issue sidearm of the United States Armed Forces, adopted in 2017 to replace the Beretta M9 series in service. The pistol is a modular design based upon the SIG P320 and chambered for 9x19mm NATO. The M17 and P320 have also been adopted by Denmark (as a replacement for the older SIG P210) as well as by the Royal Thai Police and multiple American police departments.

The Glock 17 is currently issued by Austria as well as the United Kingdom (replacing the next pistol in this image, the Browning Hi Power), France, Latvia, Norway, and many others with limited issue to special forces units in even more nations. It has also become a staple among law enforcement agencies across the globe, due in no small part to a trade-in program and special pricing for law enforcement agencies and officers offered by Glock. Originally chambered for 9x19mm NATO, the Glock 17 has been adapted into various models of different sizes and calibers including 10mm Auto, .45 ACP, .357 SIG, .40 S&W, and .380 ACP.

The Browning Hi Power is currently issued by Canada as well as Australia, India, Indonesia, and Nigeria among others and has been in service but since replaced by many more. An older design dating from 1935, the Hi Power was among the first to offer a greater capacity in a semi-automatic handgun and did so in the popular 9x19mm cartridge. The Hi Power and clones thereof have been manufactured in many countries including its home-country of Belgium, Canada, Israel, Hungary, Argentina, Nigeria, and China.