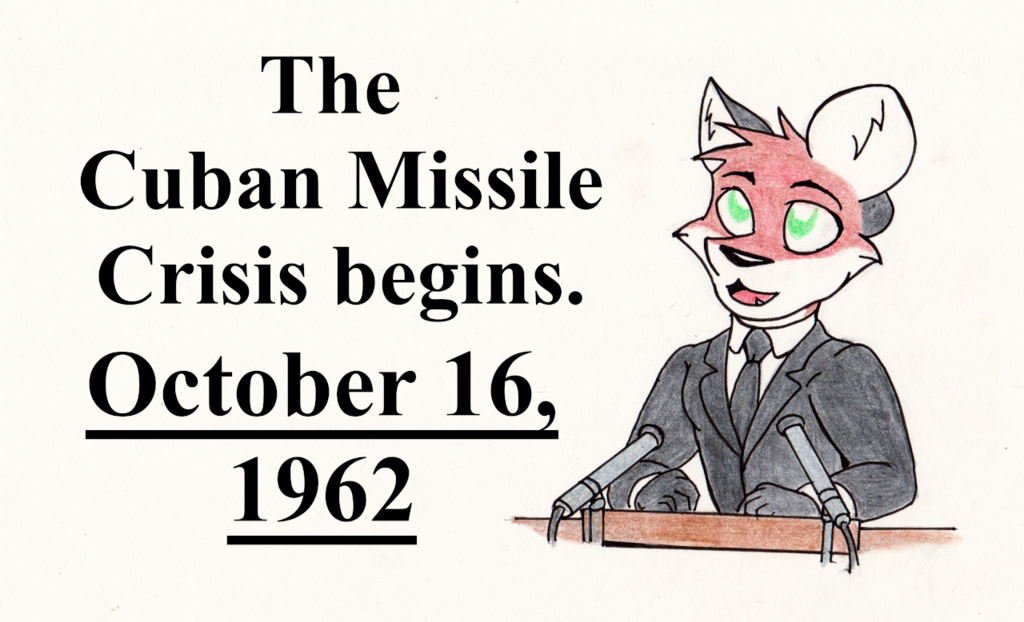 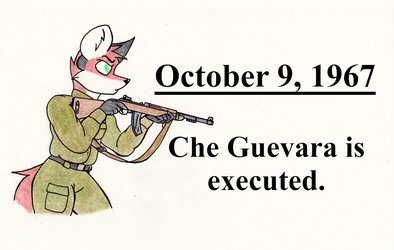 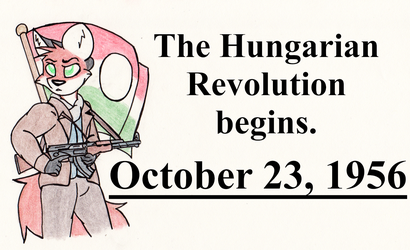 On October 16, 1962, the Cuban Missile Crisis begins. The missile crisis came about from escalating tensions between the Soviet Union and the United States during the Cold War. As the American nuclear weapons capability continued to rapidly grow, Soviet Premier Nikita Khrushchev planned to deploy Soviet nuclear weapons, including missiles and bombs, to Cuba to act as a check to the Americans. The idea behind the deployment was that these weapons would mitigate some of the disadvantages the Soviets had in terms of range and number of nuclear weapons when compared to the US while also serving to secure their ally Cuba from potential invasion by the United States. Furthermore, it would give the Soviets a position from which to deal with West Berlin, a thorn in the side of the Communist Bloc. If the Western powers did nothing to stop the deployment of nuclear weapons to Cuba, it would be a sign that they wouldn't likely put up much of a fight over West Berlin and the Soviets and East Germans would move to seize it. If the Western powers did intervene in Cuba, then it could be used as a bargaining point to negotiate for taking West Berlin. The deployment was a risky move for the Soviets and Khrushchev, but one with a potentially very large reward.

With Cuban dictator Fidel Castro persuaded to go along with the plan, the Soviet nuclear weapons were covertly deployed to the island nation. Utmost secrecy was maintained with crews of the transport ships being given false information regarding their cargo and destination, scientists and engineers sent in under the guise of "machine operators, irrigation specialists" and other titles. By August, however, American intelligence became suspicious as sightings and reports of Soviet fighters, bombers, and surface-to-air missiles (SAMs) increased, indicating the possibility that nuclear weapons had been or were being stationed in Cuba. On October 14, an U-2 spyplane of the Defense Intelligence Agency (DIA) photographed multiple sights in Cuba, include what was identified the following day by the Central Intelligence Agency (CIA) as a SS-4 Sandal (8K63) ballistic missile site. On October 16, US President John F. Kennedy called a meeting of members of the National Security Council and others advisors (a group that would later become known as the Executive Committee of the National Security Council, or EXCOMM) in order to devise a plan to deal with the situation. The Joint Chiefs of Staff favored a full-scale invasion of Cuba, believing that the Soviets would not act to stop it; however, Kennedy disagreed, fearing that such an action would essentially give the Soviets the green-light to take West Berlin which would in turn alienate America's allies due to losing Berlin by acting militarily rather than diplomatically. Meanwhile, Kennedy and his advisors concluded that the Soviet deployment in Cuba did not alter the military balance of power (the Soviet nuclear arsenal had risen from 300 warheads to 340 compared to the ~5000 American warheads) but instead threatened the political balance of power, risking making the United States look weak on the world stage.

On October 22, the American response came in the form of a blockade of Cuba. US naval forces would stop and search any ship bound for Cuba and prevent any ship carrying offensive weapons in its cargo from continuing to Cuba. At the same time, US military forces were placed on DEFCON 3, an elevated state of readiness, in case of Soviet retaliation. As tensions between the two sides continued to escalate over the following days with the Soviets threatening war in response and the Americans readying a backup plan consisting of airstrikes against and an invasion of Cuba, American forces were placed on DEFCON 2 (the second-highest readiness level, with the next being nuclear war) On October 25. This included the deploying of nuclear-equipped B-47 Hustler bombers to military and civilian airfields across the United States and B-52 Stratofortress bombers (also armed with nuclear weapons) being placed on continuous airborne alert. On the same day, Kennedy authorized the loading of nuclear weapons onto aircraft under the command of SACEUR (Supreme Allied Commander Europe); shortly thereafter, a number of ships sailing to Cuba from the Soviet Union turned back to their ports of origin. On October 26, Fidel Castro, fearing that an invasion of Cuba was imminent, order Cuban anti-aircraft weapons to fire upon any American aircraft that enters Cuban airspace and urged Khrushchev to conduct a first-strike nuclear attack against the United States. On October 27, an American U-2F was struck by a SAM, downing the aircraft and killing the pilot, USAF Major Rudolf Anderson. That same day, Soviet submarine B-59 was detected by the American fleet near Cuba and the American forces dropped low-powered depth charges on the vessel in a bid to force it to surface for positive identification. Out of contact with the Soviet Union and believing that war had started, the crew of the boat debated on whether to use their armament, a nuclear torpedo, against the American fleet. However, such action required the approval of three officers (the captain, the political officer, and the detachment commander). The commander of the detachment, Vasili Arkhipov, refused to approve the action, narrowly avoiding initiating a war between the United States and the Soviet Union.

Meanwhile, secret negotiations were being made between the United States and the Soviet Union. Both sides realized the situation in Cuba was rapidly getting out of control and that a potential World War III between the two nations would inflict tremendous casualties upon both sides. Late in the evening of October 27, Khrushchev and the Soviets agreed to remove the nuclear missiles from Cuba in exchange for the Kennedy and the United States agreeing to remove nuclear missiles from Turkey. The Soviet missiles were dismantled and shipped out of Cuba over the course of November 2-9. On November 20, the the American blockade came to an end with the Soviets committing to remove their nuclear-capable bomber aircraft from Cuba as well. By April 24, 1963, the last US nuclear missiles in Turkey were disassembled and removed. In the aftermath of the Cuban Missile Crisis, the Moscow-Washington hotline was established to allow direct communication between the leaders of the United States and the Soviet Union (and today, the Russian Federation) in order to more quickly resolve any future crises between the two powers. Major Rudolf Anderson, the only combat casualty of the conflict, was posthumously awarded the Air Force Cross, the second highest award for valor in combat in the US Air Force. Major Anderson was also the first person to be award the Air Force Cross in history. Vasili Arkhipov would later be appointed head of the Kirov Naval Academy in the 1970s, eventually being promoted to the rank of Vice Admiral in 1981 and retiring from the Soviet Navy in the mid-1980s.