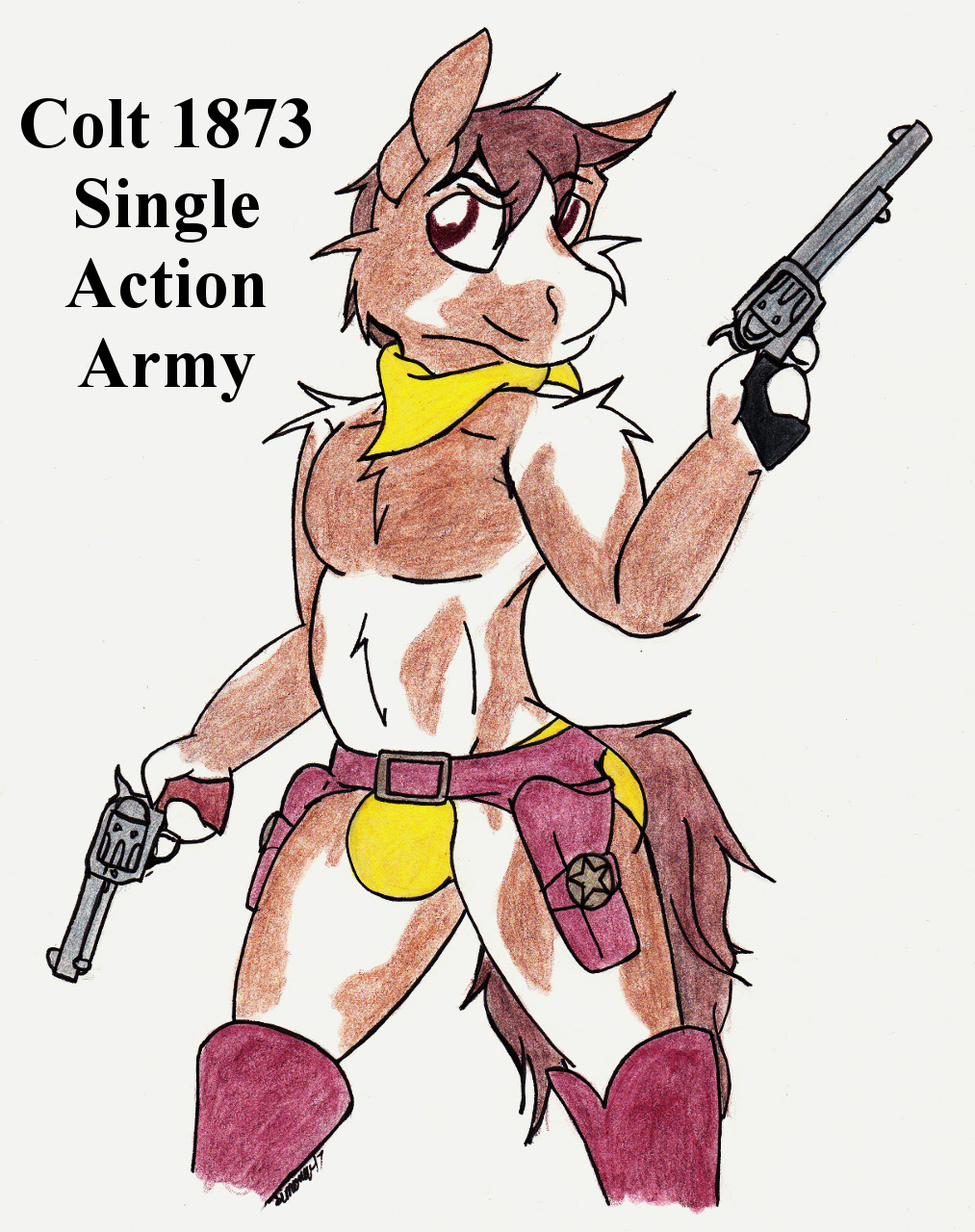 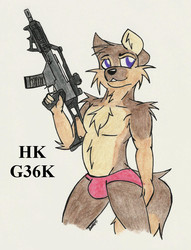 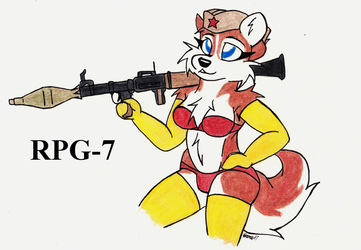 Few firearms are as iconic of not only a historical era but also of an entire genre of fiction as the Colt 1873 Single Action Army (SAA, Peacemaker) is with the American West and the western. Developed to replace Colt's line of percussion and cartridge-conversion revolvers while also avoiding paying royalties to Smith & Wesson for their patent on the bored-through revolver cylinder for cartridge use, the SAA would be adopted by the US military alongside it's Smith & Wesson competitor. The Colt design proved to be more popular with the American military and the S&W revolvers were eventually withdrawn from service. Though the double action Colt 1892 had been intended to replace the old Peacemaker around the turn of the century, the 1873 was generally preferred by soldiers deployed into combat due to its more potent .45 Colt cartridge when compared to the anemic .38 Colt of the 1892. Eventually the Single Action Army was replaced with another iconic .45 caliber Colt, the semi-automatic Colt M1911. However, it did see action well into World War II thanks to the iconic ivory-handled Peacemaker carried by General George S. Patton.

The Single Action Army was a favorite of both soldiers and civilians alike. It has become an iconic piece of Americana through its historical and, thanks to its close association with the Western genre, fictional use. The Colt "Peacemaker" remains a popular handgun to this day, particularly in the United States. The 1873 is still currently in production with Colt and multiple companies, such as Uberti, manufacture clones of the weapon.

(Due to its design, there is nothing separating the firing pin from the chamber when the hammer is down in the uncocked position. This means that if the hammer is resting on a loaded chamber, a sturdy bump on the hammer can result in the weapon firing. Consequently, a practice of load one, skip one, load four was adopted. This means that when loading a SAA one should load the one chamber, skip the next, and the load the remaining four. This will result in the hammer resting on an empty chamber and rendering the weapon safer to carry.)