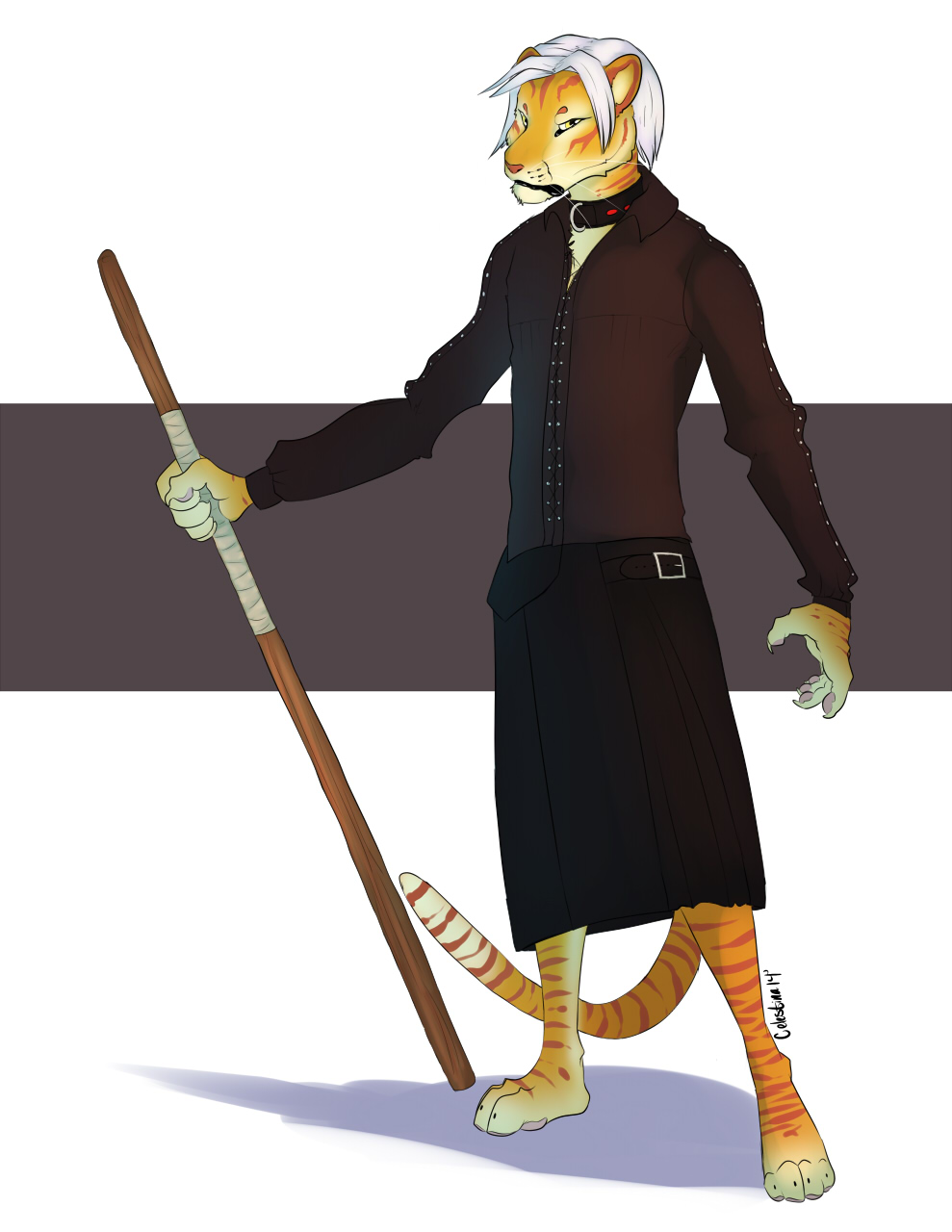 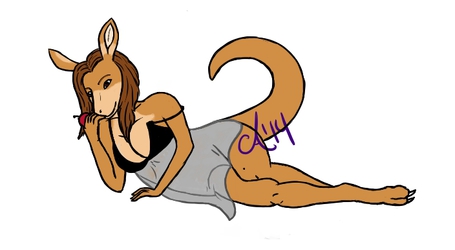 So its obvious now what I plan to do with Benjamin. Love the staff...its not what I had in mind but I think I'll keep it.

While most dragons keep their slaves nude, or at least barley clothed, Kelsura sees a benefit in having at least her guard slaves clothed, providing some protection when needed. Clothing how ever is a luxury, not even a privilege, and is earned and can be taken away for little or no reason. More than once guards have gone nude through her lair simply for the pleasure of seeing a bare furry. Out side in public her slaves travel with a modified version of their guard clothes. The kilt is open in the front and back leaving nothing covered with a sheer black silk vest for a top, accentuating their form to onlooking eyes as opposed to hiding it.