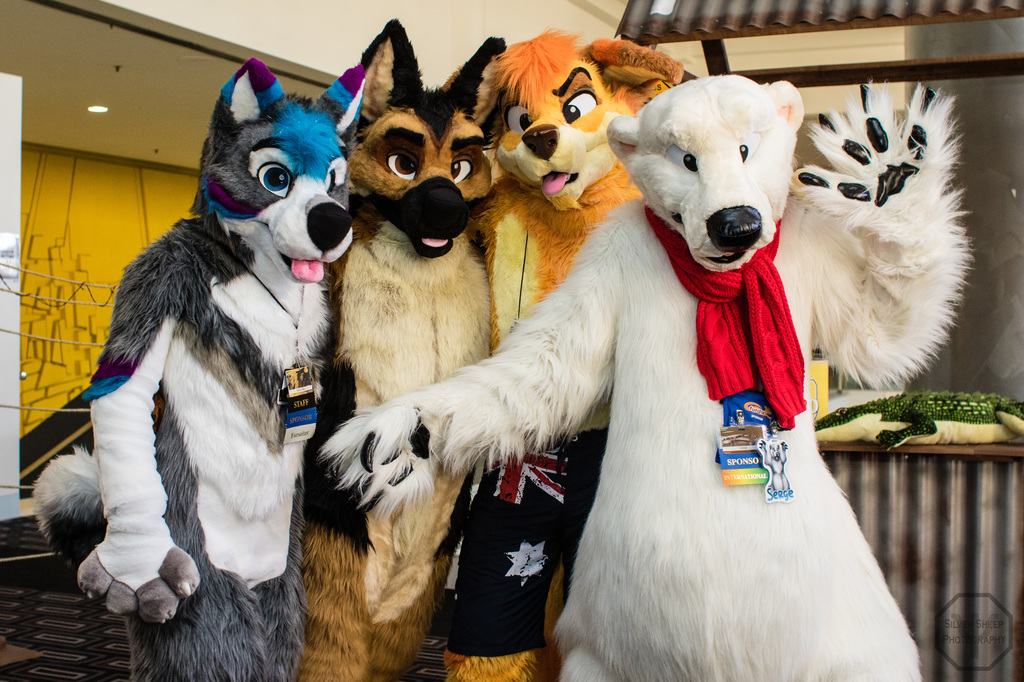 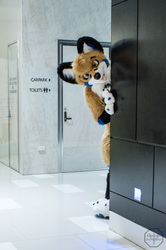 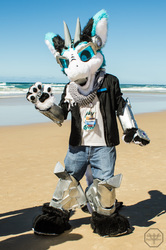 FurDU Sunday was a boon for photos with my friends beach side photo shoot at lunch and with all the fursuiters hanging out in the main convention space in the afternoon. This is one of my group photos taken on the Sunday.

To the left we have Taubu's new Made Fur You Husky fursuit. I like the chevron of grey fur on his chest and the glitter in his hair fringe. Next to him we have Hikaru a new German Shepard Made Fur You fursuit owned by the same guy who was Makoh the African wild dog. Next to Hikaru we have Sunny Dingo also a Made Fur You fursuiter. He was visiting Australia for the first time. On the far right we have Ham a Wild-Life fursuiter who hales from Japan.