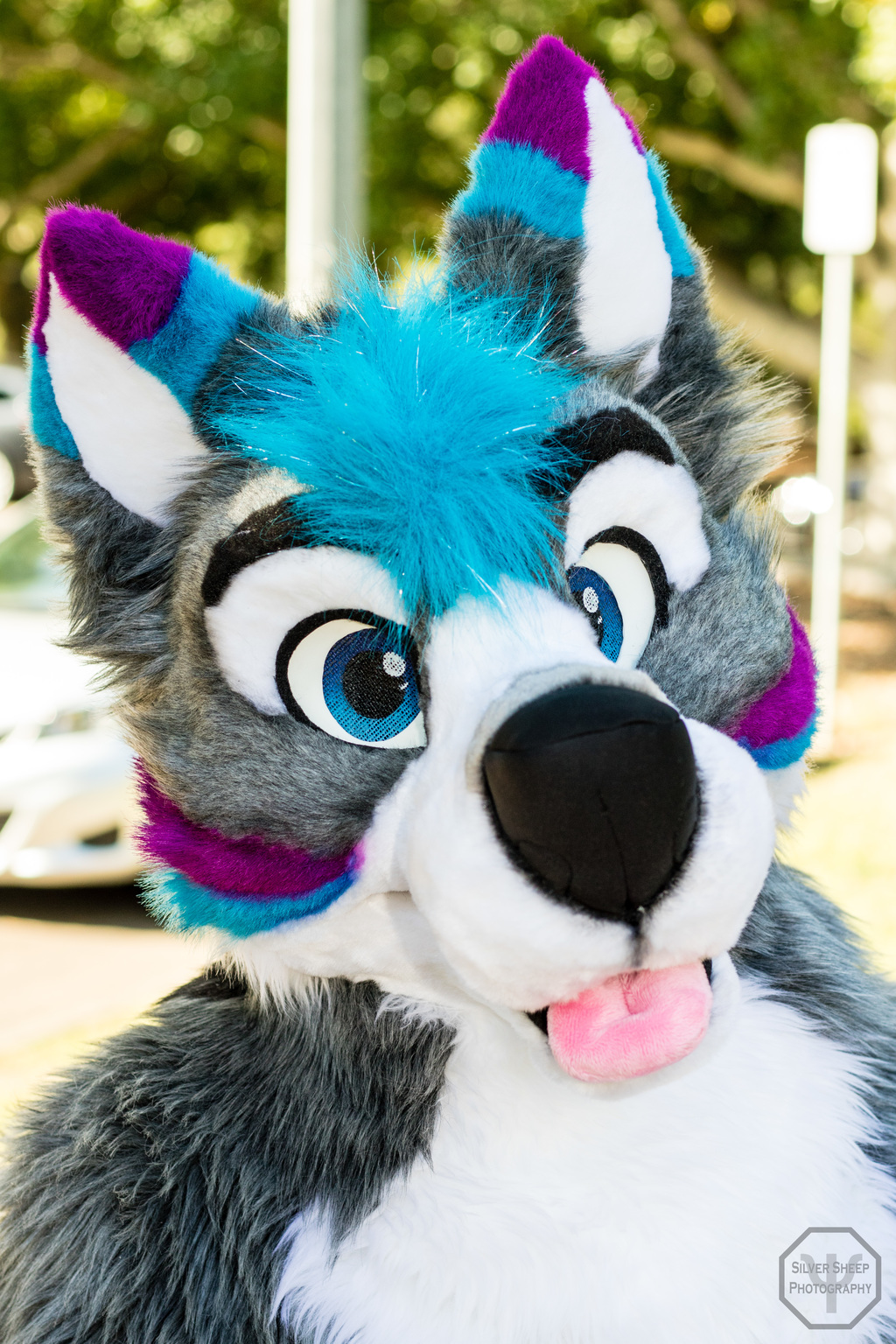 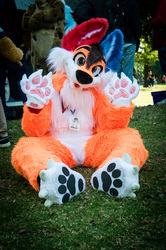 At the Mid May Meet something magical happened. We were visited by a glittering husky. He walked across from the car park and for the whole time he was with us he was a husky never giving away any hint that he wasn't one. He even left as a husky walking back the way he came.

The husky thanked me for the photos I took of him at FurDU and it's always great to hear some feedback from people that I photograph. I think he was a real anthro husky just pretending to be a fursuiter not the freak people out. The more mundane explanation is that it was Taubu Lion's yet to be names husky fursuit.

I have yet to meet Taubu Lion in a more human form despite how many photos I have taken of his Lion fursuit at different furry events. He could have been hanging out for most of the day or standing right next to me for all I knew.