The comedy group at NFC 2014. by Silkyfur 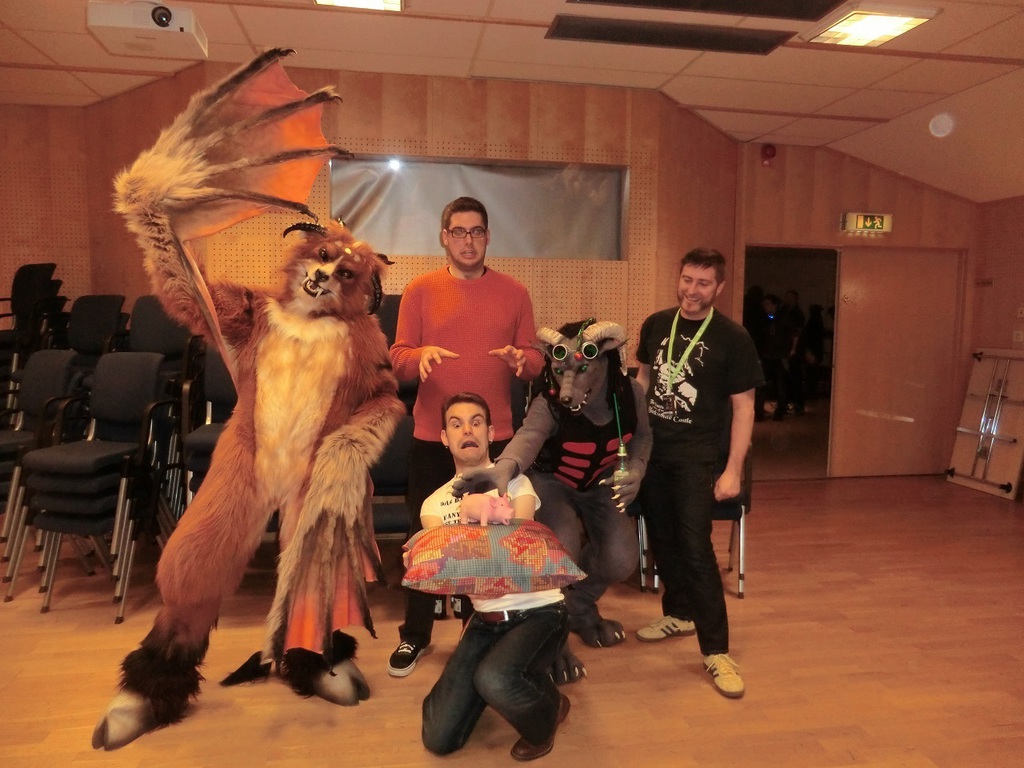 These are the brilliant five people/creatures who, during the "Furs' Got Talent"-competition at NordicFuzzCon 2014, performed a long sketch, filled with excellent sense of comedy!

They won the competition, and even though the other contestants were impressive in their own way, these guys just were totally amazing! It's been a while since I last was laughing so hard! These guys really should be performing more comedy together, I hope they will!

In the photo, there is Godzuki in Pazuzu to the left, Yules at the back, Theodor in the middle, Redrussell in Zuki the gargoyle, and Agrajag to the right.