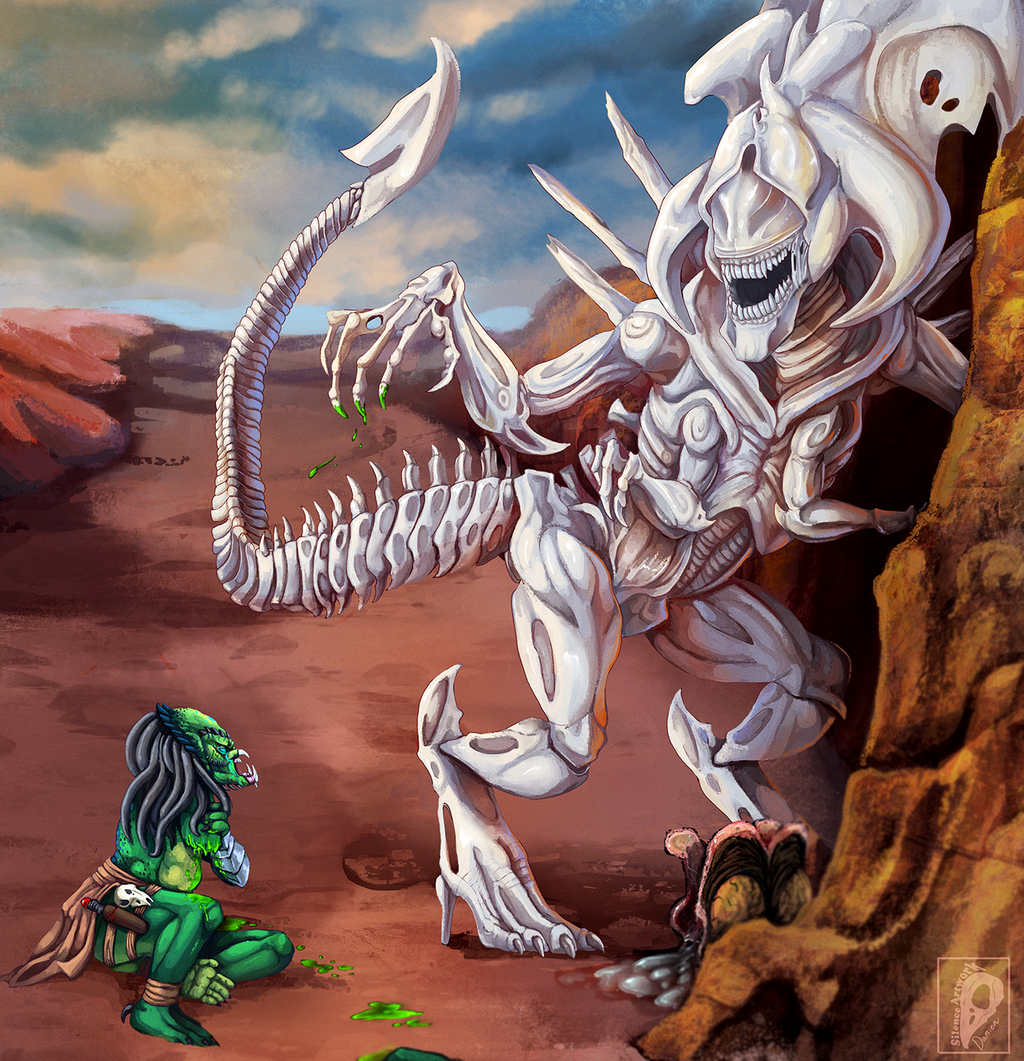 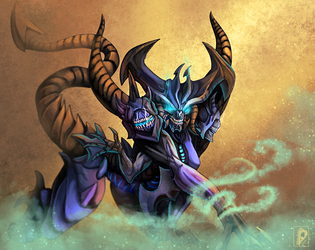 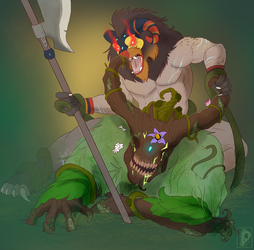 -Zy'lesha had stopped to resupply at the small, remote planet. Nothing seemed to populate it but tiny furry beasts and crawling reptiles, barely useful for a mouthful. It had come as a surprise when she found the single, lone egg of a hard-meat. No signs of drone activity, no smells to alert her to a hive. Nothing but a crevice in the cliff face away from the burning sun and that egg, almost a joke really. Took only a moment for her to draw out her arm dagger and slice it open, reflex really. As she was bending to inspect the goop inside, trying to gauge how long the egg had been abandoned here she didn't see the shadow until it was too late. Couldn't even understand what was happening until she sat on the floor holding her hand to what was left of her good arm and staring up at the fantastic, terrifying sight of a pure white, angry hard-meat queen with claws dripping of her blood.----

Personal artwork, the meeting between my predator historian and my white queen, who up until this moment had been frantically trying to protect her only egg.