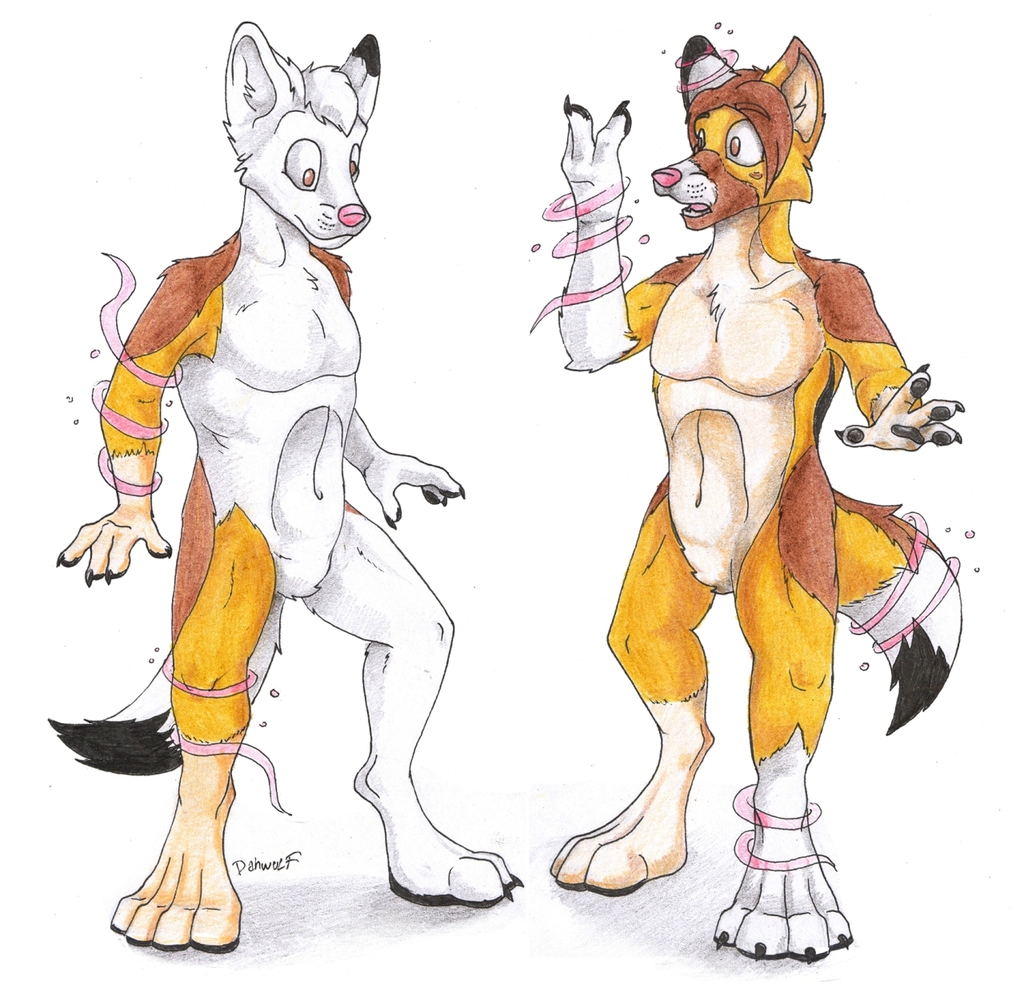 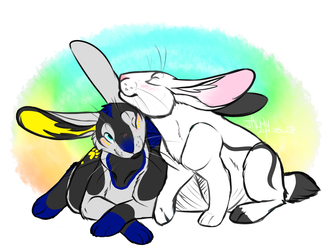 The curse of the stripes returns! One fateful TFTuesday RailDawg and I switched species. Out of curiosity I wanted to see if he had inherited the magic stripes, so I clawed along them and told him that at the end of every Tuesday he'd be turned into a bunnolf for the length of time that I chose. And it worked! However it was such a good idea that Rob decided to use it on my so I turn into a sheppy at the end of every Tuesday til he decides.

What will happen next with the curse of the magic stripes? Stay tuned to the next exciting submission from shyybunny! (if you understood what I was referencing, kudos :P)