River and Iris by shorty-antics-27 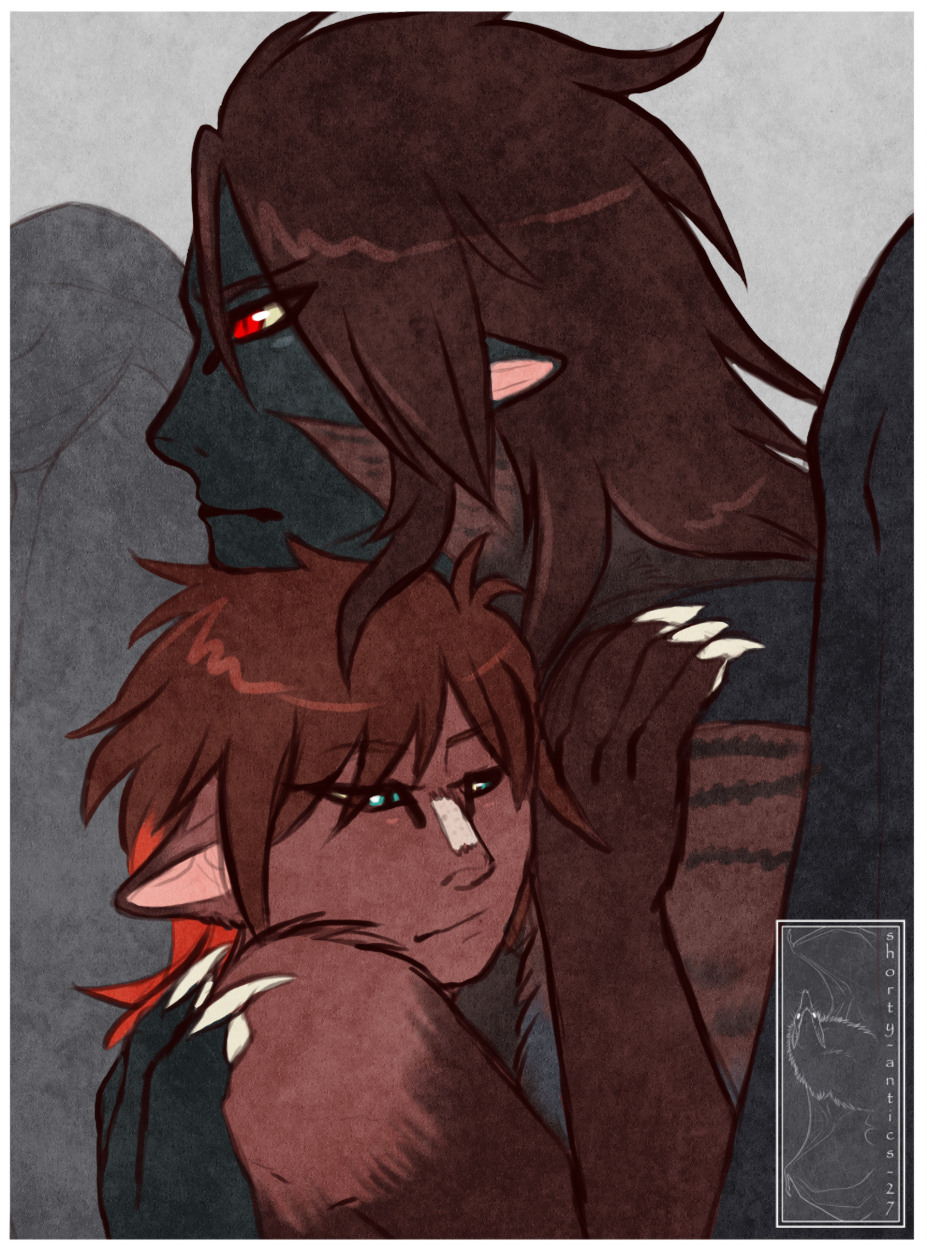 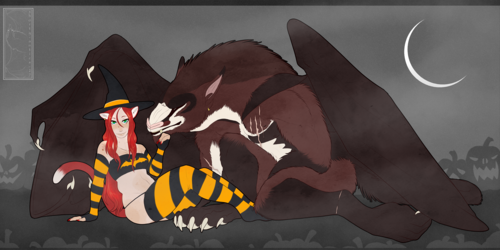 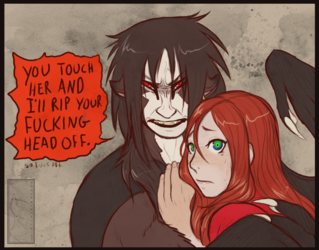 He now has a name. MUAHA.

He most likely was born by a river, and after his mom learns how to speak, she goes with that for naming him.

Iris in a way makes River love/like her. When she first meets him, it will most likely be while hunting, and NOT during mating season. He wants absolutely nothing to do with her... but she'll just follow him a lot, pissing him off. xD
Lots still need to be figured out, however. Who knows how long it takes.

Dang his hair is so poofy it makes his head look larger than hers. xD;

He does have a were form, and that will be a problem for her since she watched her other brother transform and kill daddy like that...
But she'll be safe around his were form, since she's female... and he's not a killing machine. XD

Also River will have a hatred towards humans, because poachers end up killing his mom.
So he'll have a problem with Iris' human half and her mom. Luckily Iris doesn't look much like a human at all. aha.