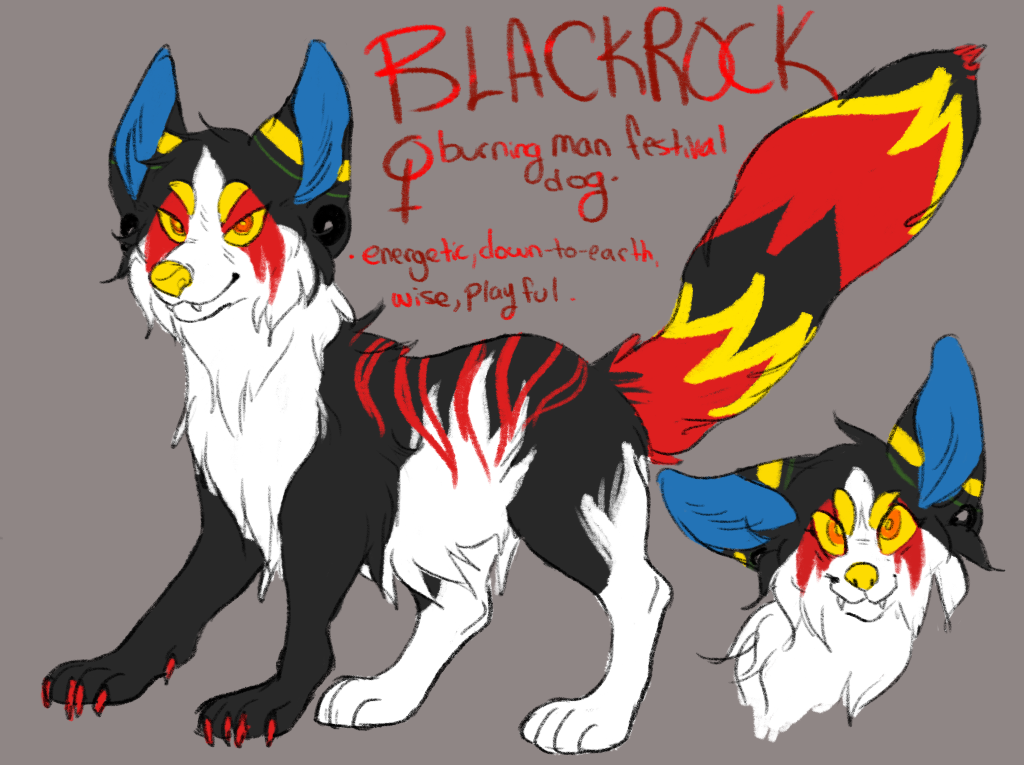 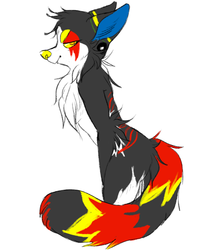 I designed myself a festival dog (fawnspot's species) based off Burning Man festival!

Her ears are coloured after the Nevada flag, the state where it's held :)

I've always held an extreme fascination with Burning Man and really hope to go one of these years! She's named after the desert where it's held, as naming her "Burning Man" would be a little weird lol

THIS IS DEFINITELY ONE OF MY LOUDER CHARACTERS. *retinas die*