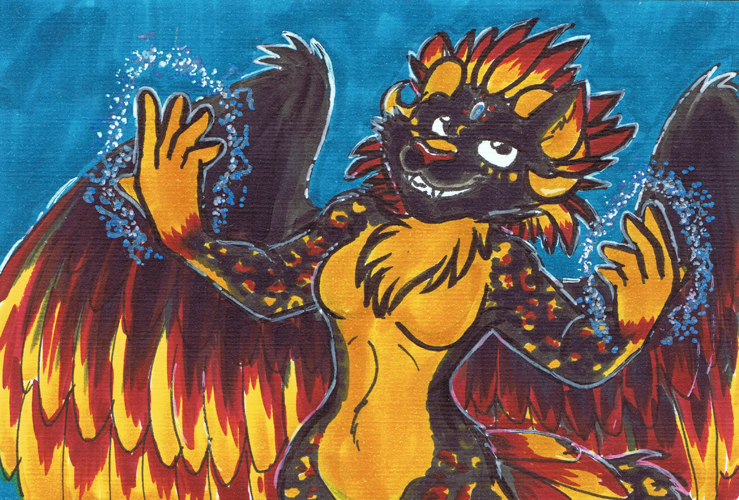 OK... my bird Richie isnt well... he got hurt from my other roomie chasing him around house wile i was out shopping.. was all a mistake but now, he isnt doing very well...

Above is a link of the injery that happened that was FIXED hes ok with that now.. he popped 2 blood feathers and would NOT stop bleeding.. that pic was taken from the start, got alot worse after this.. he picked at it a bit after we got it to stop and reopened it, then it became so so much worse...

when we took him to vet that night at like 2am, they helped Richie and removed the bad feathers, stoped the bleeding and put on the Devil "Cone Of Shame" i so wish i had a pic of that.. he was pissed but was so soooo cute... that vet visit in itself was $200.00 USD and we had to pay up front.. this was info we were told...

"Richie has a low vitamin K count, meaning he can NOT clot blood well, so to a human he is a bird equivalent to a hemophiliac.. you need to get him the following ASAP"

we need to get him a check up witch is all the following..

Blood Testing For Anything Bad

if your able to donate anything my paypal is Shizimiru@yahoo.com plz list (DONATIONS) so i know and name plz... "online name like skype, ink bunny, or weasyl"

ALSO selling art, my friend from FA is trying to help from art i bought previously... INFO BELLOW!!!

AAA Shizimiru Okame (FOR SALE, COMES WITH ALL IN THIS FOLDER)

Red Root (FOR SALE, COMES WITH ALL IN THIS FOLDER)

Ravager (FOR SALE, COMES WITH ALL IN THIS FOLDER)