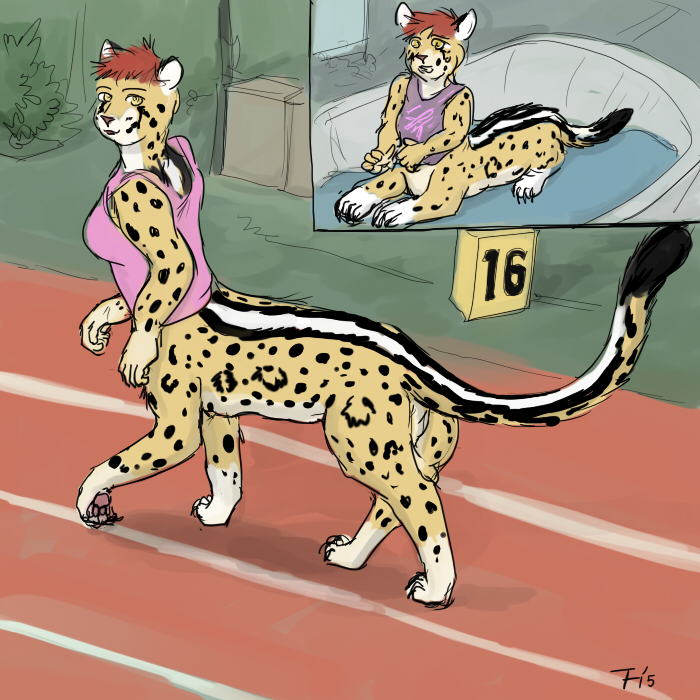 I decided to commission Seth during his stream to draw my cub Quickstreak as a few months old cub, but this is an accidental awesomesauce here. He accidentally started drawing hir as an adult, but added an inset of hir as a cub as a compensation of sorts.

Quickstreak, a King Cheetah based chakat who loves to run (hence hir name), so shi's pictured here on the university track. Here shi is about 20 years old and on the Dewclaw University track team and also the Chakker team. Shi becomes a world renown (on Chakona) Chakker player later on in hir life.