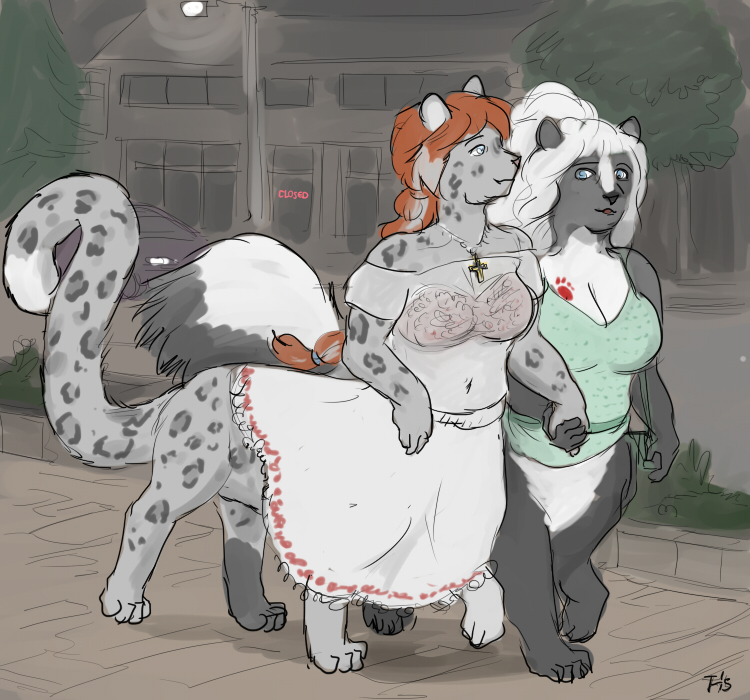 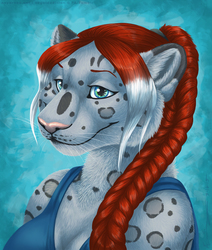 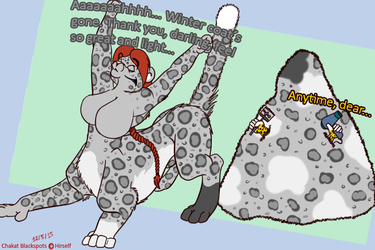 In the fold of the pages between Book 8 and Book 9 of Goldbloom M.D., Vrae spends time at the hotel while hy cools off. Blackspots is also there visiting a relative, and shi approaches Vrae as shi finds hyr attractive and they get to know each other. Shi later asks Vrae to be hir companion, which Vrae does say yes. Shi then does ask to see Vrae's clan.

Unfortunately, Vrae never shows Blackspots hys clan on hys own, as hy winds up getting arrested and placed in jail for attempted murder. Blackspots is highly disappointed in Vrae after turning the news on, and seeing media circus that occurred because of hym getting arrested. Only a week ago the hospital directed lauded hym as a top doctor that helped save a provincial premier, and the media is certainly looking for answers. Blackspots later seeks to visit Goldbloom to console hir and comfort hir, and later visits Vrae in jail.

Admittedly, the last two books of Goldbloom M.D. have had me a bit bummed out because of how we see Vrae being obviously very happy and showing hyr love for the clan in the previous books until Shugarth comes along and hyr attitude does a 180, so I did this as a way to improve my mood, which it did quite well. And yes, I do have a bit of fondness for Vrae.

Note: This is not cannon to Blackspots' normal timeline -- or is it?