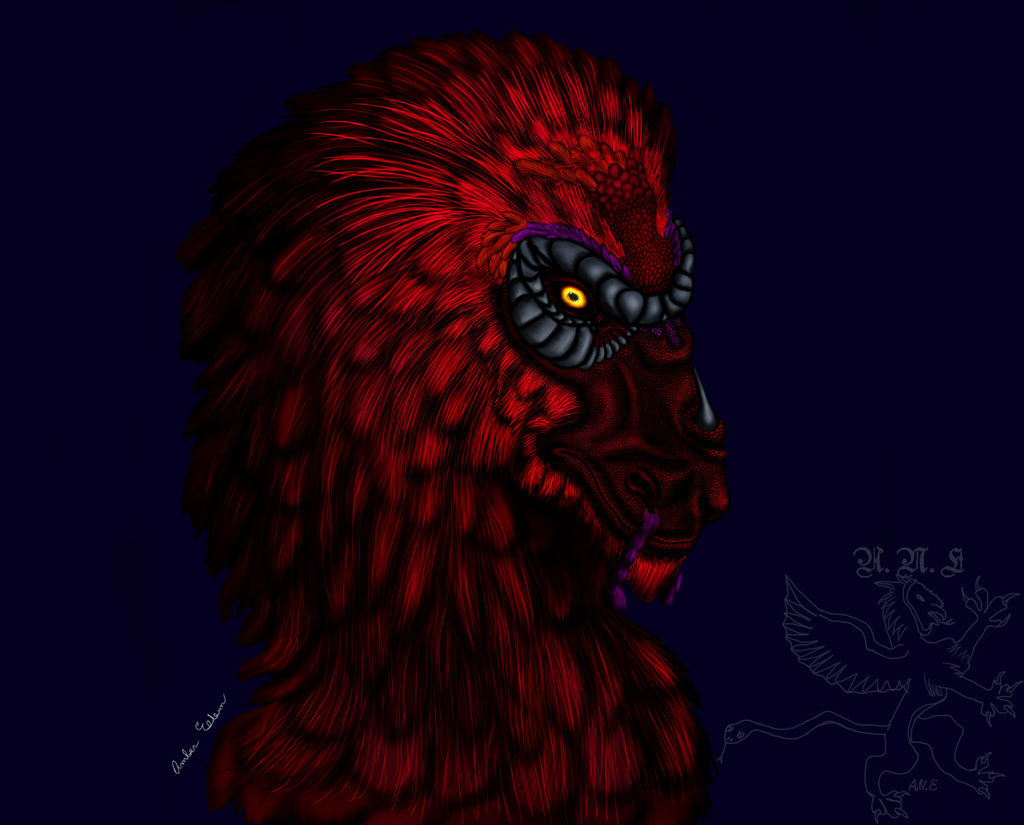 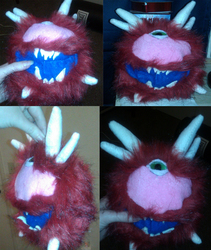 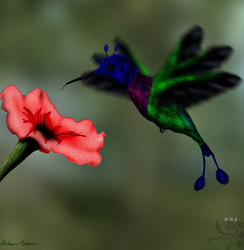 Finally! After 3 months of on and off work on this guy he is finished! I took the pose idea from the some of the Inheritance Cycle book covers, as I always liked how the dragons were posed on them. Face was based off a shit ton of different animals, like Camels, horses, sheep, some big cats and a couple of species of birds. The colors were my sister's idea, as she hasn't ever seen a pink-ish dragon that has been done seriously/isn't for a cartoon. Yes he has two 'noses', the nostrils on the front of the snout are mostly for bringing in the scents of the world, while the ones on the sides of his snout are mainly for bringing in oxygen. He can breath through both the front and side 'noses' but only the front one can really 'smell' anything. I think of this guy as being very large, with huge wings, heavy tail/legs, and a loud voice, thus would need loads of oxygen for his mighty lungs. One set of nostrils isn't going to hack it for him and I don't think the nostrils on the sides of his snout would be able to gather scents very well as he would have to smoosh his face hard on the ground just to track something. With this double nose thing going on here he can gather all the smells he wants from the ground while sucking a huge amount of air in from the side facing nostrils without inhaling lungfuls of dirt.

Tried out my new Photoshop (well new for me as I just got it XD Its PS11) and added the many layers and colors to him, found out somewhere in my learning of the new layouts that I some how merged the sketch with the color/detail layer so I couldn't delete the sketch after all the shading work was done :/

So, I just switched back to PS8 which I am very familiar with to finish him up and keep any more mistakes to a minimum. I may offer this guy as a print, as I plan to use him as a bookmark for myself soon. Others might like to have one too shrugs This file was HUGE, shown here it is almost 1/4 of the original size.

3 months work time.
PS8
PS11
Wacom Intuos Pen and Touch Medium.
Tons of Sountracks were played during the making of this "pretty boy", mostly movies like Oblivion, Dredd, Stargate, The Ghost and The Darkness, The Village and Angels & Demons.