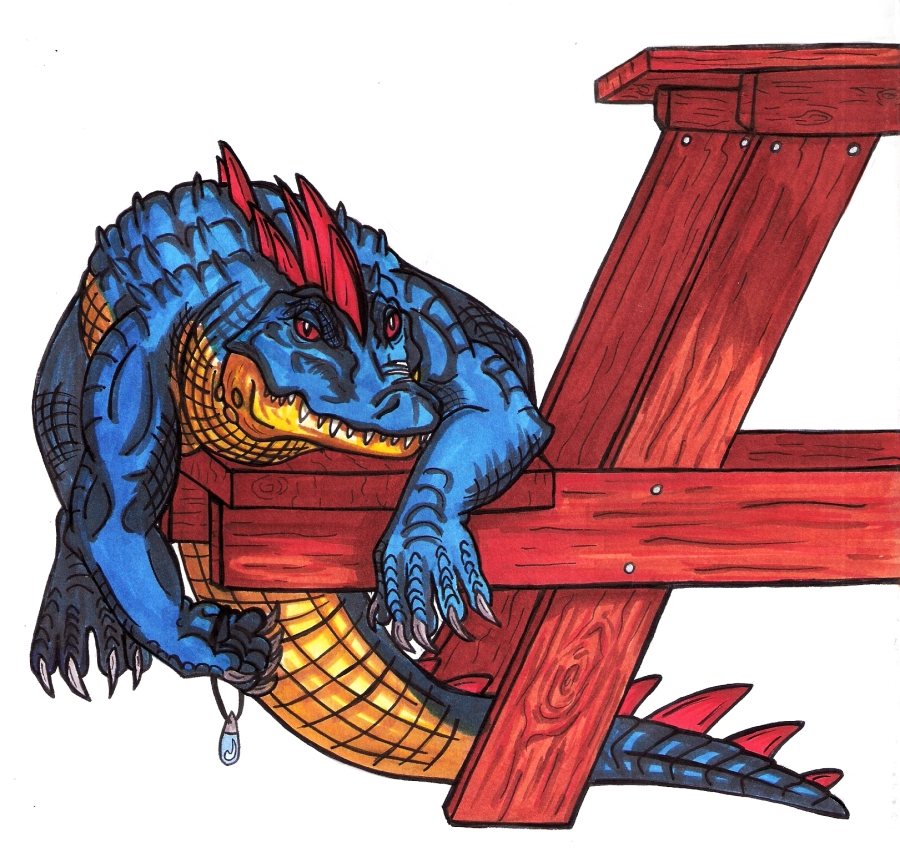 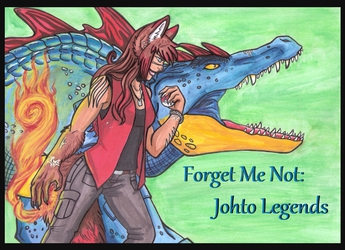 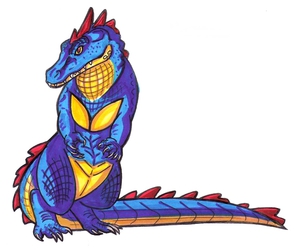 Look at that lazy gator. Look at him. He just sits there, watching everyone else train while he's on the sidelines, lazing about it.

As a Croconaw grows, their bodies begin preparing for its eventual evolution into a Feraligatr. The red spines along their backsides grow bigger and more prominent, a sign of their budding sexual maturation. The bigger and the brighter, the more likely they are to attract a potential mate. They also grow thicker and harder, useful in preventing sneak attacks to their backsides. Their limbs lengthen out and their mass increases exponentially, packing on the muscle they need as Feraligatr. And yes, they are a bit lazier on land than they are in water, as that is their main habitat.

So I guess you could say Riptide really is being lazy.

Pokemon belong to Nintendo
Art and character belong to me~