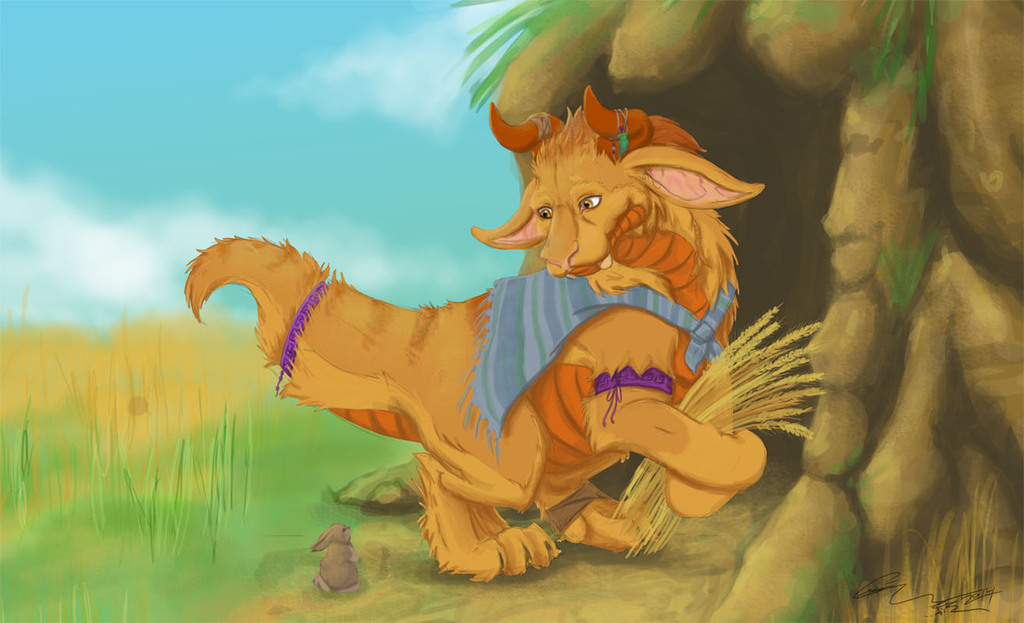 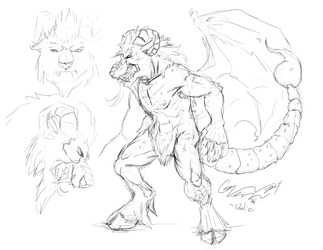 I actually started this at the start of the year, but for what ever reason at that time some colors were effecting my vision, and for what ever reason it decided to switch from red and blues, to sandy colors?? I could sketch just fine but doing the main coloring was giving me vertigo.

Sad to say, after all this time, I was almost at a loss as to where I was going to go with the image in the end ;-; So, I know you'll like it Adi (cause you are awesome like that) but I really wanted to do more.
I took some liberty with the character design, seeing as when I started, the character was still in metamorphosis, and some images of Adi made me think of her as a big ol fluffy bunny dragon XD So I kind of went with that, that was what was stuck in my mind, with these big ol soft ears, fluffy mc fluffers and on. I went with a slightly more feral tribal aspect too, something both of us can appreciate ^_^