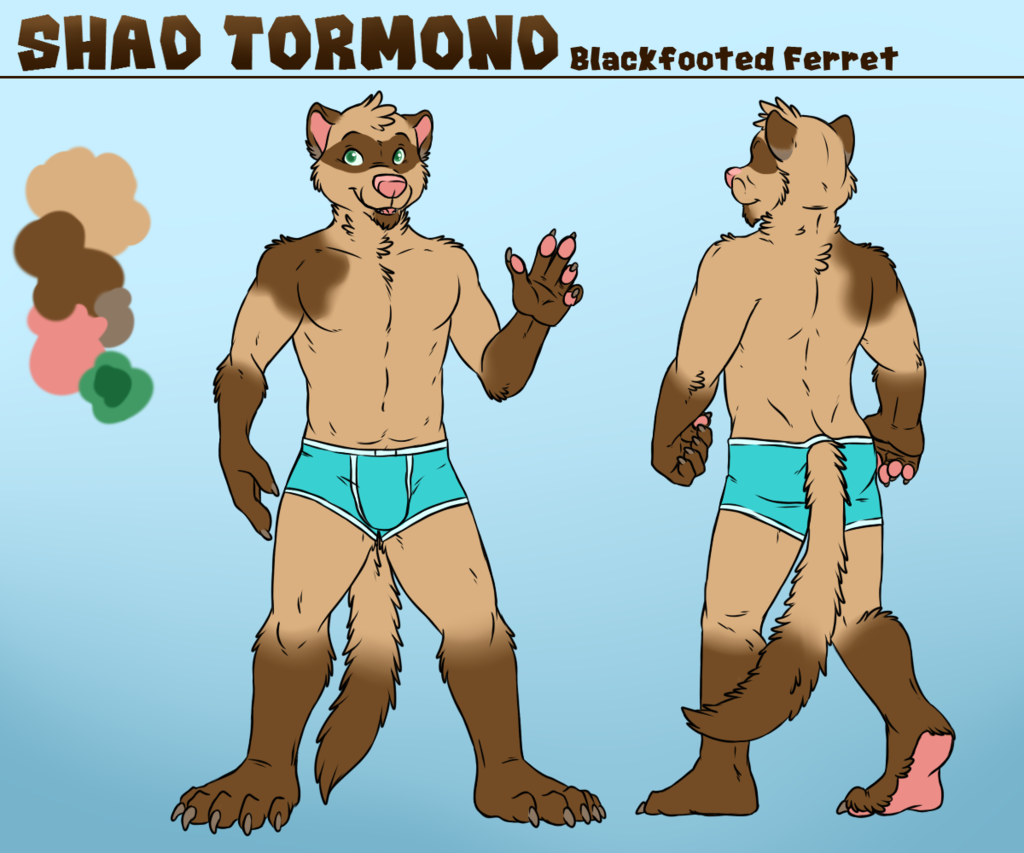 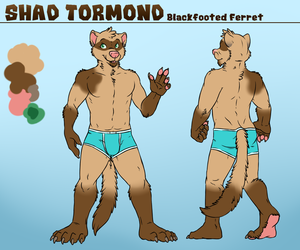 Made a slight update to my ref, mainly just changing the ear color to the brown I originally intended him to have but never said anything about. Everything else remains the same.

Gender: Male
Species: Ferret
Height: 5' 6"
Weight: 150 lbs.
Eyes: Green
Age: 24
Fur: Mostly tan, with brown highlighting the ears, paws, tail, and right shoulder. There is also a brown mask also around his eyes, and a brown goatee.
Hobbies: Shad LOVES to hang out with friends and make new ones. He has quite the collection of shinies, as he loves them. He loves life, and having fun in general. This includes making jokes and pulling pranks. Writing and drawing are also things he enjoys doing, when he's not trying to learn something new. He has a slight athletic build, due to playing soccer and rugby.
Personality: Shad is full of curiosity and energy, even for a ferret. He's so friendly, that anyone he meets is a potential friend. Shad loves to play around, as well as talking. But since he never knows when to shut up. This often leads to uncomfortable and awkward social situations. His friends have sometimes found this and his overly energetic playfulness to be annoying.
As mentioned, Shad holds a great love and appreciation of anything he deems shiny. He has quite the collection of "shinies" he's acquired over the years. Epecially socks. Shad loves socks, and has a large collection of them. Shad is very easily distracted, though. Whenever his friends find him being a little too annoying, they just tell him there's a shiny hidden somewhere. This distracts him so much, that he'll spend the rest of the day searching for it. Once, he spent a week searching for one such shiny. Due to his nature, many of Shads friends have wondered how he's kept a career. But Shad knows when to be serious, and has managed to hold a steady job. Much to everyone's surprise.
Job: Unknown. Shad has decided to keep it secret.
Special Abilities: Shad has been learning to control magic.