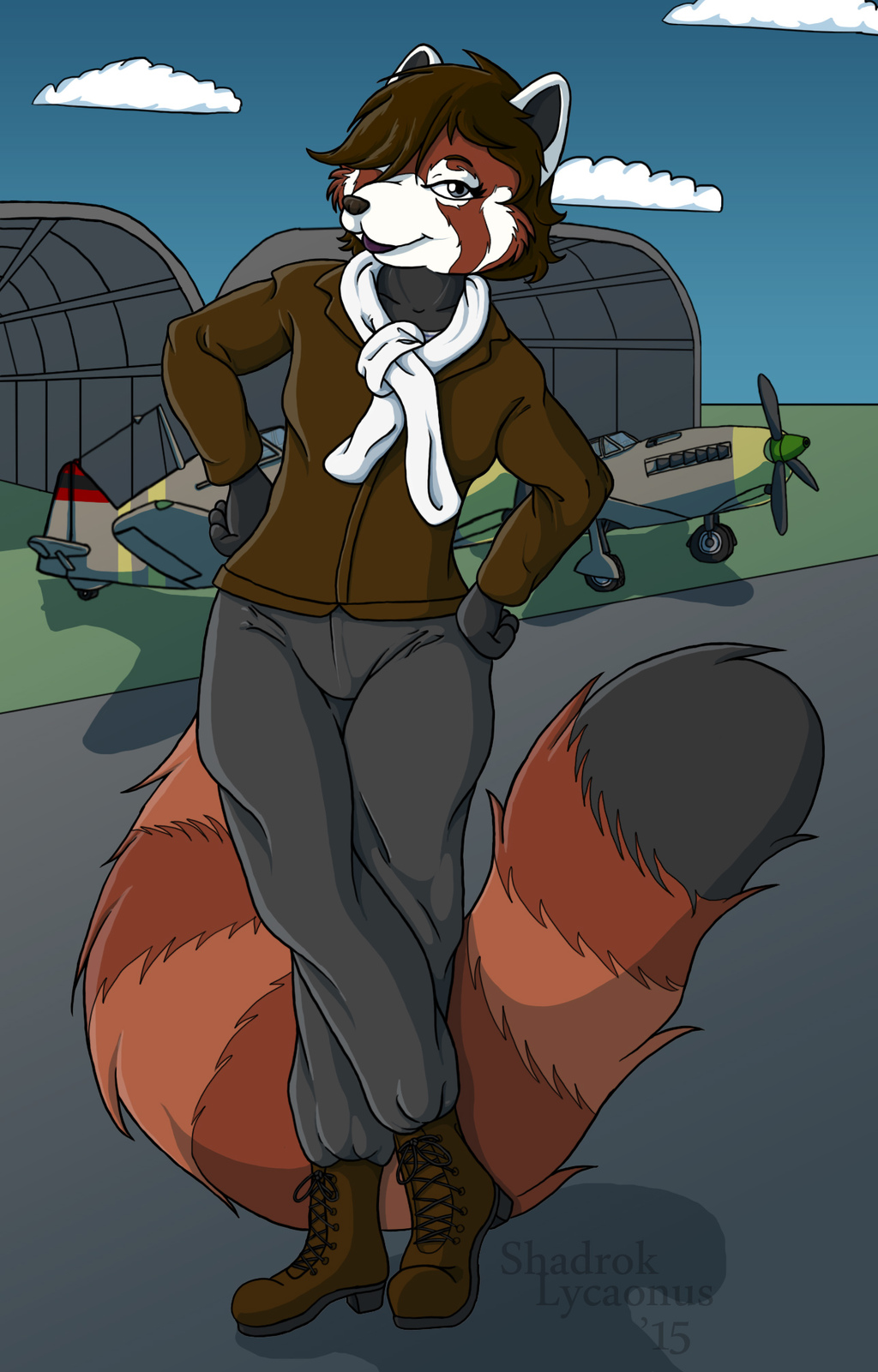 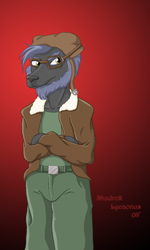 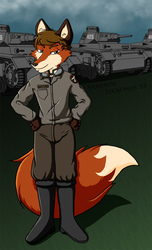 I drew the sketch for this back in 2013 and decided to redo the coloring and add a detailed background. The reason I drew this was for two reasons; one to show the character and two for the sketch and following stages to be used as price guide examples. However after looking at it again I felt like I could do the cell shading better, so I did. I also added a background since in the first guide I didn't.

As for the character Her name is Angelique Ailurus she is an air pirate captain in my comic “Cerulean Skies”. I haven't written much involving her yet but what I have, has her being a bit of a flirt and using that to her advantage when ever possible, much to the dislike of the Female portion of Shadrok's crew. Fortunately for them she is not part of his crew and has her own.