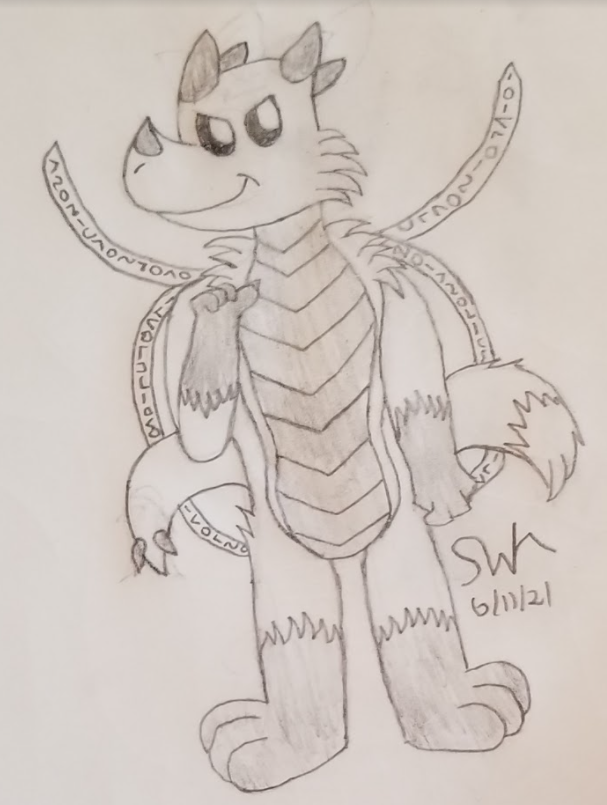 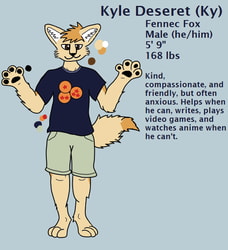 An anilineko born of the World of Fir series, he fancies himself the child of Azalea and Razak, and as such, appears as half dragon and half fox. His medium is digital text, which displays itself through his halo. Like his "parents", he is quite haughty and proud of his "heritage," and often claims to be made of "divinity." From the outside, he can often come off as arrogant and snarky, but this is really just him roleplaying, when push comes to shove, he's willing to help and be kind, much like Fir's mortals.

Special thanks to https://twitter.com/stargazerley for letting me make one of these cuties!