City of Blood by Shadderstag 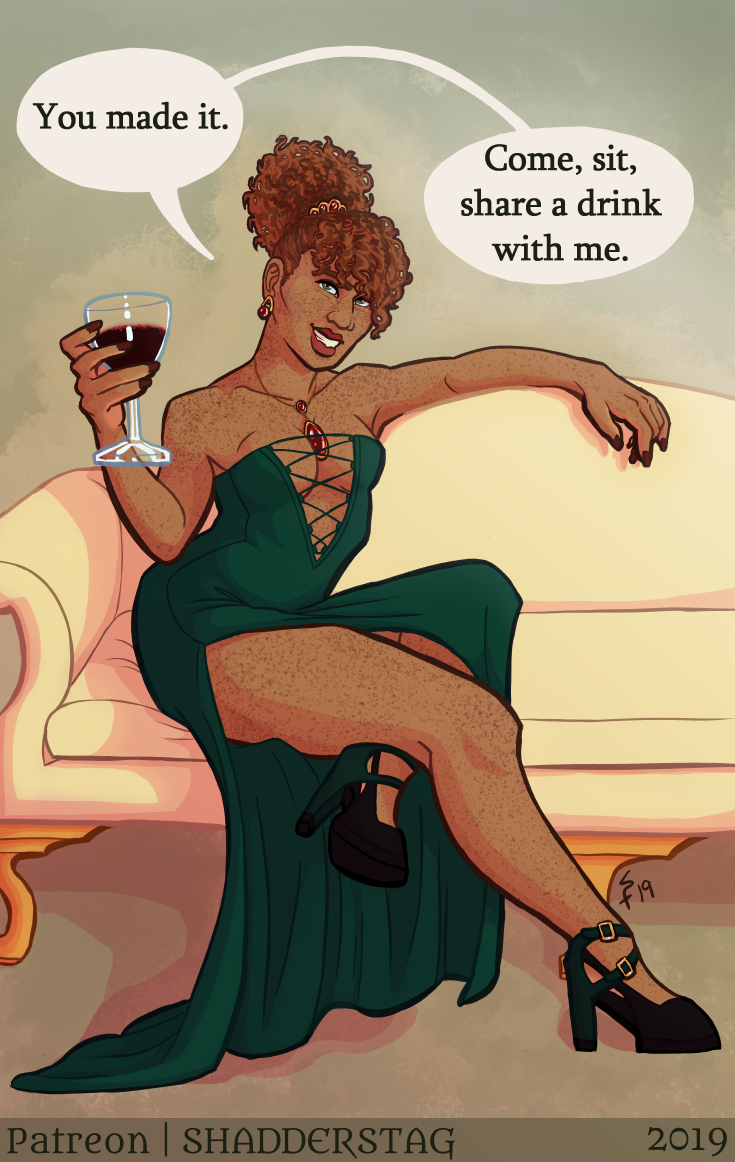 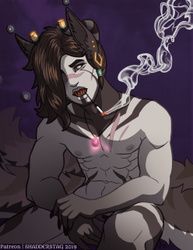 The sitting room was empty when she arrived. Good. It allowed her to pour herself a glass from the unmarked bottle on the table, the sanguine liquid quickly filling it. The sweetly metallic scent flared her nostrils and she hummed approvingly.

She’d only just settled onto the French sofa when the door opened. A familiar face entered, the goofy grin she was accustomed to already in place. Though he tried to keep his body language relaxed, the tension in his shoulders and neck gave him away.

“Thank you ma’am, but I’ll pass,” he replied amicably, taking a seat on the matching French chair. “You look as terrifying as ever.”

She rolled her eyes fondly, gesturing flippantly with her free hand, her dress struggling to keep her breasts contained. He managed to keep his eyes on her face—one of the reasons she tolerated this particular man. “No need for flattery.”

“It certainly never hurts.” Derrek leaned back in the chair and hooked one arm over it, spreading his legs in a relaxed manner. Moriarty didn’t miss how the motion conveniently flashed his shoulder holster beneath his jacket. Frankly, she’d be insulted if he didn’t come armed—you didn’t bare your throat to a hungry wolf, no matter how tame it seemed. It was a testament to how much she liked this one that she allowed him to keep his weapons.

I decided to introduce one of the villains in my superheroverse story with a bit more flair than the other characters so far. This is Moriarty; she's a crime lord that rules the underground known as the Labyrinth, and she deals in information. If you want to know anything about anyone, she's who you'd ask. She's also black/Irish/Korean, very, very gay, and everyone employed under her are women.