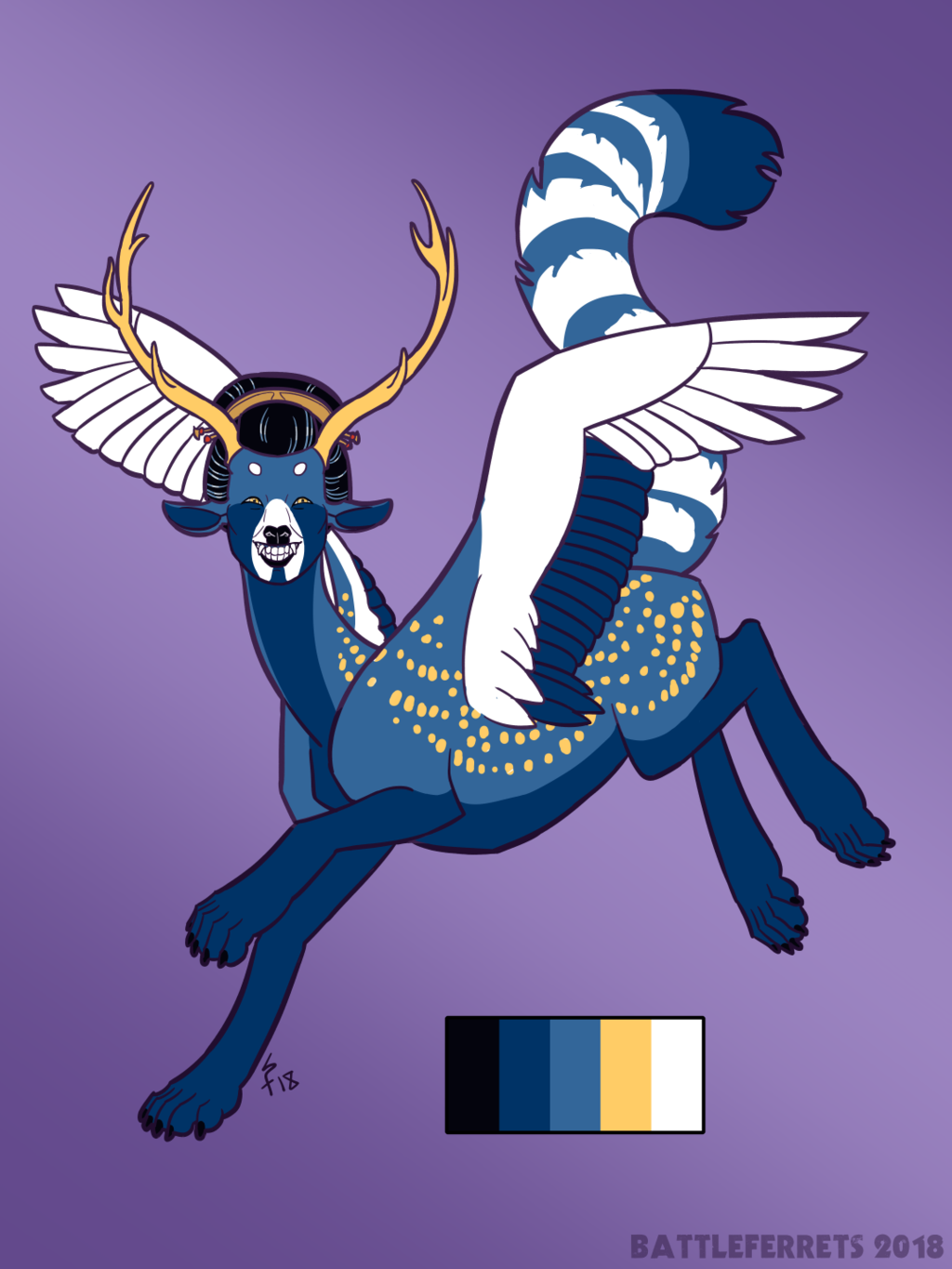 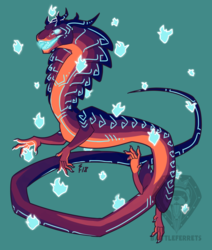 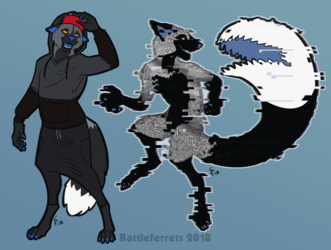 After getting me for three months in a row, I finally got Arkneos404 back for the first Creature-Exchange of the year!

1 - What parts of your prompt were written well and easy to understand? Was there anything the writer of the prompt could improve on or include next time they create a prompt?

This was the prompt. The list of animals and palettes was really appreciated, and gave me a lot of freedom to experiment!

2 - Please explain how you interpreted the prompt to create your design. Which features did you use? Did you stick to the chosen palette or make changes to it? Does the design you created have any special abilities or quirks?

I ended up going through the list of provided animals and grabbing the ones that caught my attention, and then threw them into a blender on low. I wanted something that was an obvious chimera, as sphinxes usually are, but not jarringly so. The three animals I chose were the Red-Crowned Crane, Sika Deer, and Red Panda. Figuring out how to attach plantigrade red panda feet onto unguligrade deer legs was an adventure, I tell you! I also blending the deer into the facial features, giving them deer ears and a broader nose bridge and deer-esque nosepad.

I aimed for androgynous, hence the feminine nihongami hair combined with the male deer antlers. I was going to give them ohaguro but that's predominantly done by women, so I left it out. The big eyebrow spots/eyebrows were a nod to how many of the monsters of Japanese mythology have no eyebrows and instead have big brow spots high on the forehead.

As for jewelry, I went to research what kinds ancient Japan wore, and was surprised to find out that they didn't! Women wore decorative hairpins with elaborate heads, men carried little ornate tiered boxes, some people wore magatama beads and pendants, and some carried small ivory ornaments called netsuke. Even then, I tried to go for an ornate hairpin but in the end the head area was already really busy and I toned it down. Feel free to come up with your own tho!

So yeah, here's your sphinx, and I hope you enjoy!