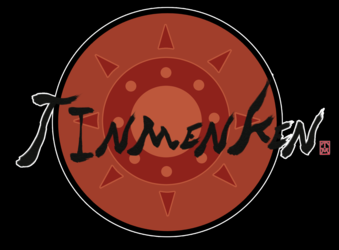 I've been really busy lately with life and stuff, so I figured I could use a break, and I realized I had forgotten to share this to Weasyl!
What I have here is a remix of Ryoshima Coast from Okami, OkamiDen, and one of my current projects that I threw together and decided to share in celebration of Okami's 16th Anniversary that month. With Wala's design finally being finished, I won't be changing it again at this stage, though some of her previous designs might be used for unlockable costumes in-game. Development has finally began, starting with a few basic assets such as food items, stage props, and even Wala's model which doesn't have animations yet, so she just glides around the stage at the moment. I'm currently trying to figure out how to add brush mechanics into the project, but aside from that, this will probably be my final post about Jinmenken until anything new related to the project comes out. Maybe I'll host a Q&A about the project or something, but sharing the soundtrack is one of my primary plans.