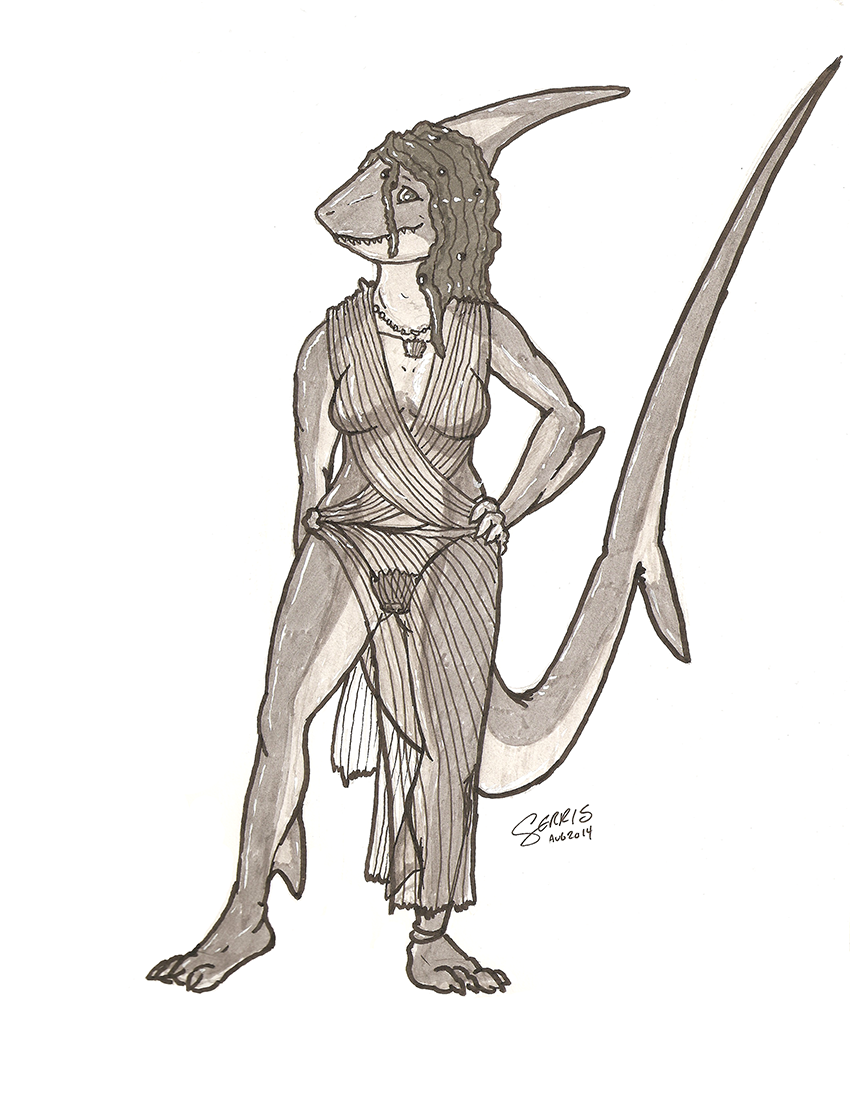 shark girl I created over the Shark week (ie: Sunday)

Seaweed hair! Though I didn’t illustrate it well… Her name is Peri, she’s a common Thresher out of water (haha get it fish out of water joke)

She stands at 19 feet tall (I wanted to convert whatever shark I chose’s length to height) and she’s a bit of a tourist on our lands. Curious to see whatever she can, her way of carrying herself might seem strange (aside from being yaknow 19 feet tall) but it’s pretty weird for her too.

She comes from a society not unlike ancient Greece, her kind has always just kept itself in the water, having more than enough space to thrive- but she wants to see what her brethren aren’t interested in.