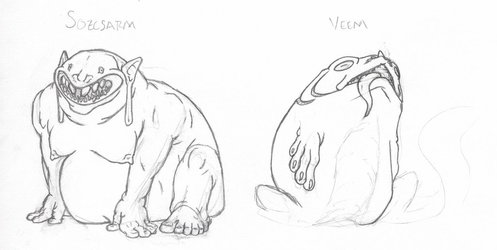 My wasteland OC Canis (who is convinced that she is a wolf). She was so fucking fun to design and draw that I'm scared to put ink on it. I'll probably trace it later, but for now this is good. I love this drawing still, and even though I'm not down with it (haaandddssssss) I'm gonna leave it alone for a while. I did this a few months ago and I still like it so thats gotta mean something good right? (it means I'm not progressing thats what it means)

Canis is a metalworker who has (as you can see) welded a nail remover to the back of her mallet, now neither of those things work as well as they originally did. She occasionally does maintenance on her own leg but usually she leaves it up her to mechanic. Canis is deaf and lives on the roaring planes.

I do eventually want to create a cosplay of her and go to wasteland weekend.