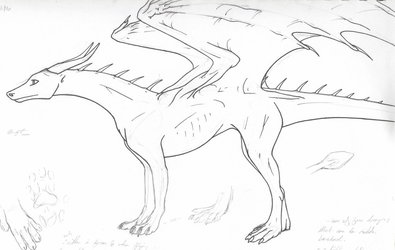 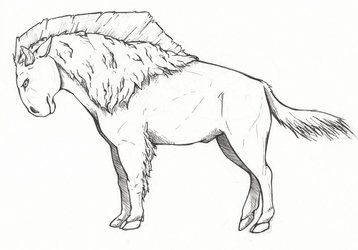 One of my Partner's character's summon; Kotaro. I asked him for a quick description of Kotaro so I'm just gonna copy and paste that over here. word for word. spelling errors included for authenticity.

"Kotaro is a creatire from the ethereal plane that used to live as an assassin on the material plane until he died. And when he died he felt so much raw powerful hate, instead of moving on he grabbed hold of someone that was sensitive to psychic energy and used their latent talent to create a new ectoplasmic body for himself and now resides within their mind or the etheral plane, soley to take out his vengeance on who killed him But he doesnt remember who is was He is a ghost made of so much hatred that he is alive essencially. Like he did die. But he isn't UNDEAD. Its a second life made of hatred. Also he is a ninja He was a halfling. So he is short. Big feet. Fond of whistling. Doesn't eat too much anymore. He screams a lot."

Kotaro is a really fun character to watch in action and hopefully I'll be drawing more of my partner's characters in the future.