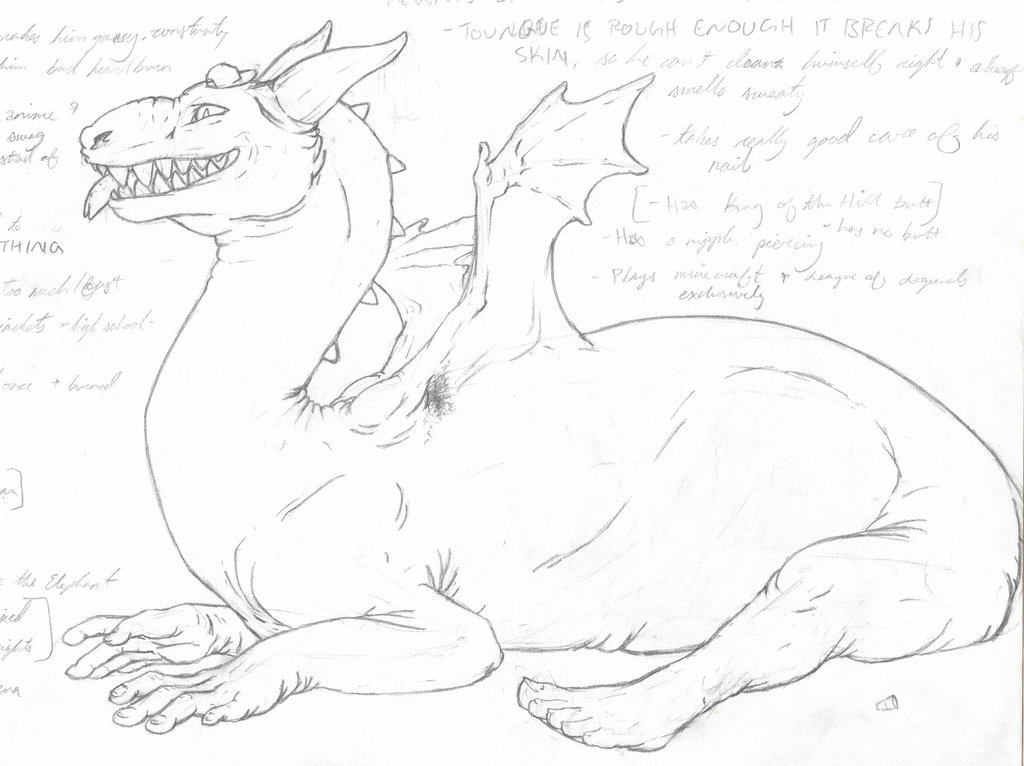 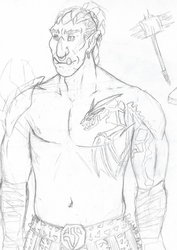 This is my pride and joy, Brad. I will love Brad until the day I die. Brad is a half human, half dragon but not quite in the traditional sense.

Some fun facts about Brad:
-He's a super frat boi
-always dresses as a cowboy for halloween
-tongue is rough enough it tears his skis so he can't clean himself properly so he kinda always smells musty
-takes really good care of his nails
-has a Hank Hill butt (has no butt)
-tells people he has a nipple piercing
-has no visible nipples
-plays minecraft and league of legends exclusively
-diet of burgers makes his gassy, constantly bloated, and gives him bad heartburn
-surprisingly hates anime and the word swag
-tells boob jokes instead of riddles
-says "your mom" to EVERYTHING
-cries if he eats too much too fast
-hoards letterman jackets and highschool diplomas
-had an ingrown nail once and burned down a village because of it
-hates his kankles
-is literally half human
-listens to Drage and Cage the Elephant
-huge advocate for mixed species awareness and rights movements
-loves his mom
-his idol is John Cena
-18 years old
-27,000 lbs

Brad doesn't have scales, he just has skin, he has to wear deodorant in his wing pit hair, he's overweight (they think, who knows this could be normal) but is surprisingly agile, he can breathe fire, but it gives him a sore throat for a few hours afterwards.

He also has a twin sister who is a half human half dragon in the traditional sense and she always teases him for not being able to to do typical dragon stuff. He also has an older half brother (full dragon) who hates his very existence. His (live) birth caused the divorce of his parents bc his dragon mom couldn't handle being seen with him, but his human mom loves him very much and is an incredible lady. I have a whole lot of world built around Brad, and I'll probably try to write it all out as a story at some point. But all you need to know is that he's training under the wizard Beeth and throws everybody in the world off so bad that he can get away with a lot more than he realizes.