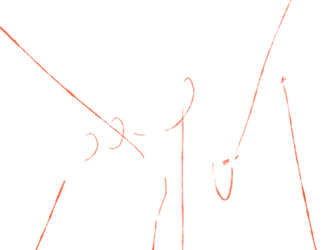 Easter: A lesson in history from Fracus

Because the Easter America celebrates makes absolutely no sense

So there was this bro named Nimrod, he was the grandson of Ham, who was the son Noah (yeah the boat dude)

I just think Ham is a funny name

Anyway, Nimmy was all like "Ima merry my mom and become a king"

and that's just what he did

this chick named Semiramis told err'one that he could not be brought back to life without all pieces and that he ascended to the sun and became the sun god, Baal.

So then Semiramis pretty much claimed herself as a goddess

also saying the moon was a goddess too yo, and it has a 28 day cycle and ovulates when full

THE MOON HAS MENSTRUAL CYCLE APPARENTLY

the day she came down is known as the spring equinox

IS IT ALL COMING TOGETHER NOW?

BUT WAIT, FRACUS, WHAT ABOUT THE BUNNIES?

CALM THE FUCK DOWN I'M GETTING TO THAT

Ishtar had a son named Tammuz

and he was a big fan of bunnies

and they became sacred in ancient religion

Tammuz was fucked up by a mean ass pig and Ishtar was like "CRY FOR FORTY DAYS ALL OF YOU, EVERY YEAR ON MY SON'S DEATH ANNIVERSARY YOU MUST CRY AND DON'T EAT MEAT BECAUSE YOUR SALTY TEARS WILL FUCK UP THE TASTE"

I'm very badly paraphrasing but this is actually where Lent came from too, and people would put a T on their heads for Tammuz so that's where that ash shit comes from

Every year, on the first Sunday after the first full moon after the spring equinox, a celebration was made.

It was Ishtar's Sunday and was celebrated with rabbits and eggs

and because Tammuz was killed by a pig, YOU MUST EAT A PIG ON THAT SUNDAY

YOU THOUGHT YOU HAD THE LAST SNORT

did you hear Jesus anywhere in that? I DIDN'T

It is believed that the roman's and pagans and what not melded all this stuff together and brought it over to le christian ideas and stuff, but who knows, someone does, somewhere, not me, google that shit

THE MORE YOU KNOW