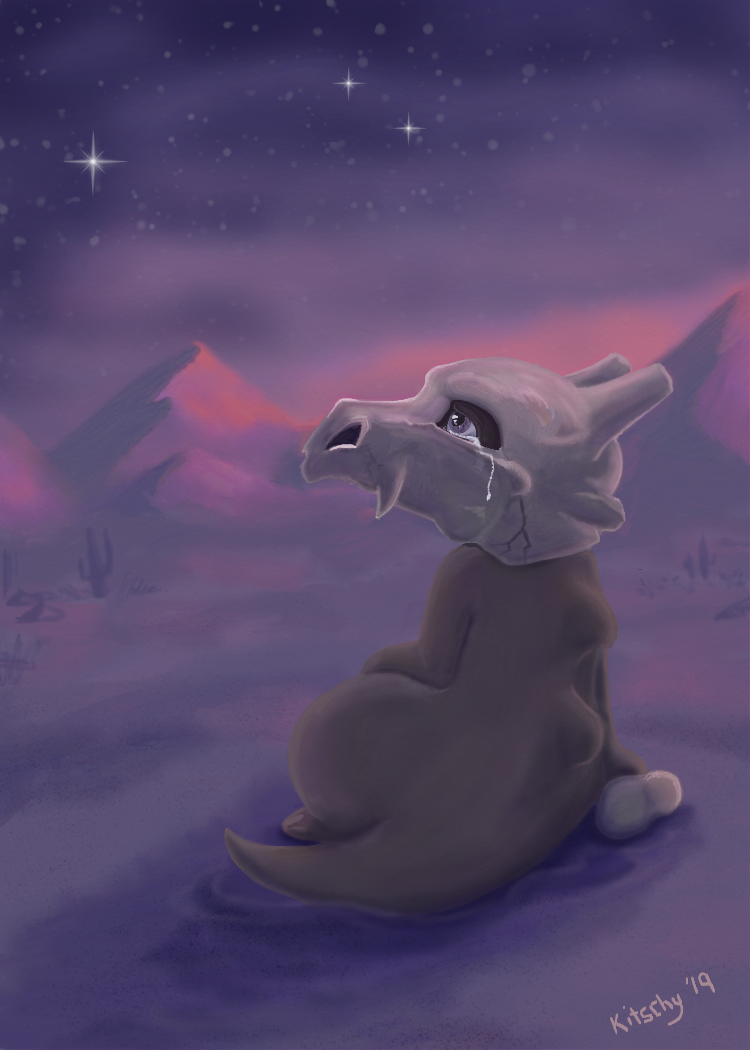 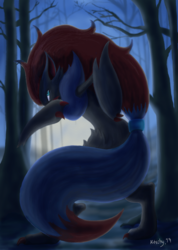 "It is called the Lonely Pokémon because of its tendency to keep to itself and avoid social situations, due to the trauma caused by the death of its mother. Cubone will often weep at night in mourning of its mother. When Cubone cries, the skull that it wears on its head vibrates and emits "a plaintive and mournful sound." On the night of a full moon, the cries are said to be especially terrible. Cubone seems to recognize its mother in the moon, and so it howls with a particular sadness" -Bulbapedia