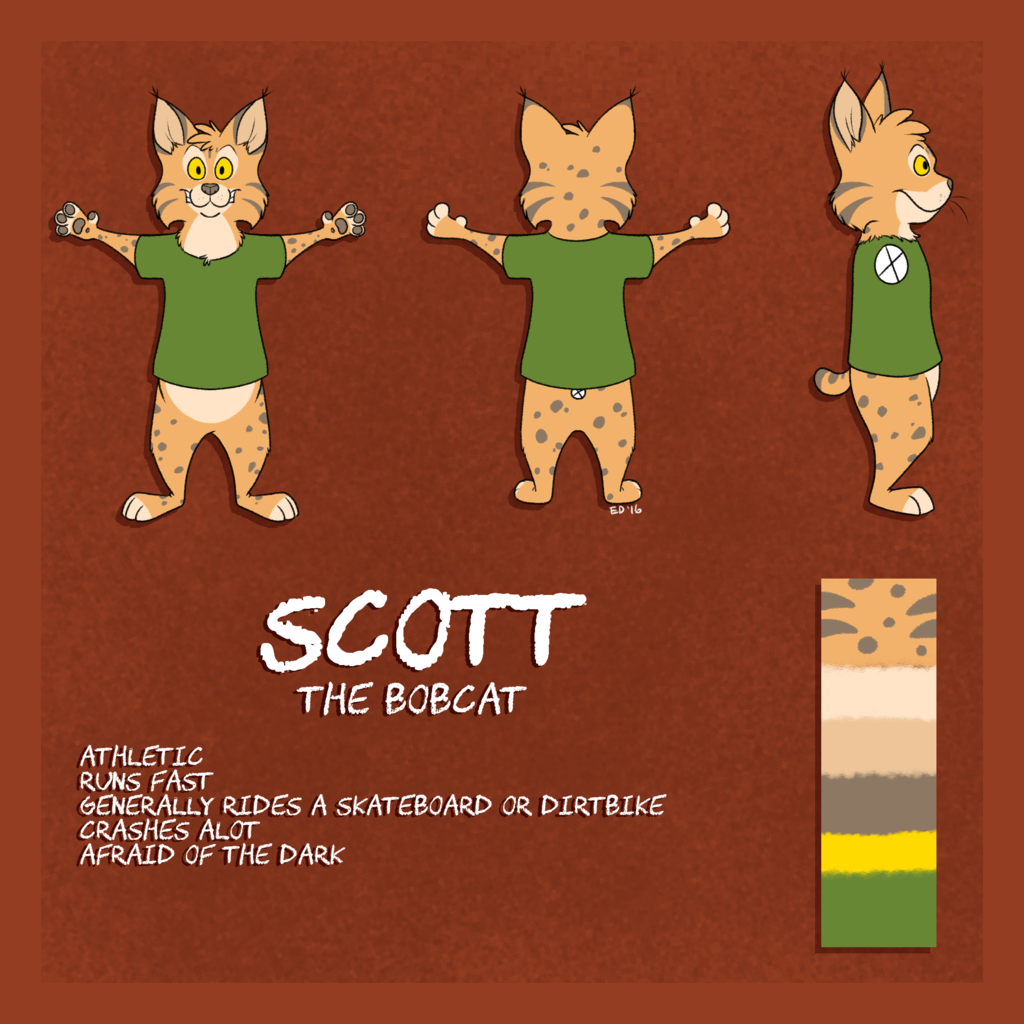 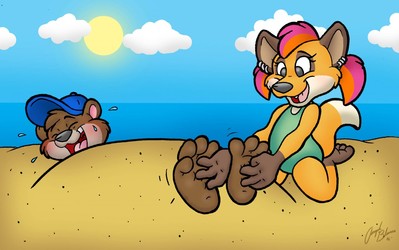 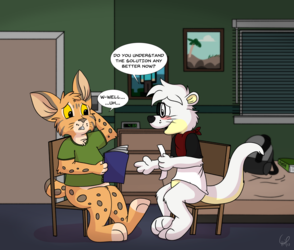 created a new character reference for my bobcat, Scott Cregan. Scott is pretty athletic and strong, yet despite this he tends to end up stumbling on something.

If he's running, he'll trip before the finish line. He has a lot of experience mis timing jumps on his skateboards and often wipes out while speeding on his dirt bike. All those bruises somehow make him immune to serious injury, most of the time. Call it bad luck or a natural tendency on his part.

He also thinks he's pretty cool and attractive, not afraid to brag a little, but his confidence goes out the window when the sun goes down or he's stuck in a dark place as he's secretly aftaid of the dark! Loyal to his friend Ryan, he makes a good pal.

Thanks again Ed for crafting this update of Scott.