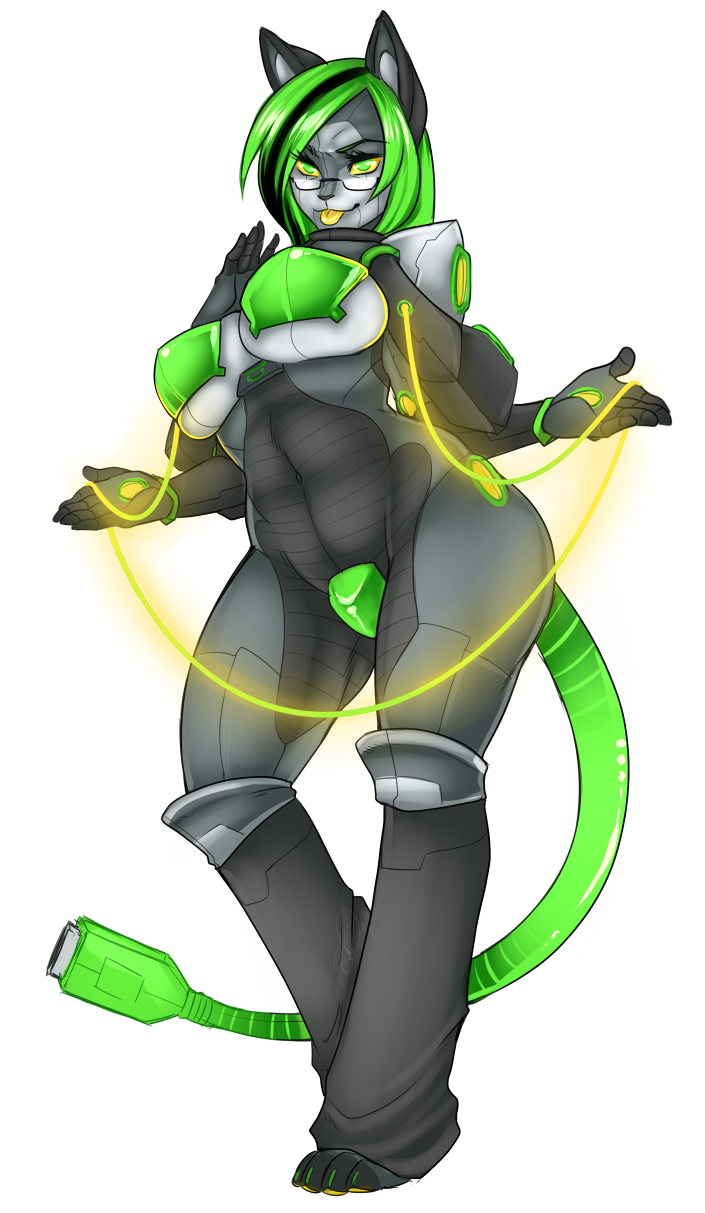 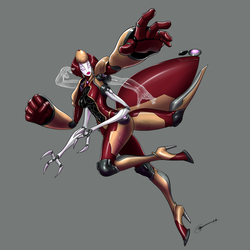 This BEA was the very first one i made on SL. Its concept at that time was just make something very cool and unique with the items i had and with help i t became the very first, it wasnt even green it was blue. Then after several other androids were designed and the BEA concept was born a friend called Dark wanted a feline BEA i gave it a few tweaks and he became her owner. Recently he decided that he would not be part of the community anymore, he sold or gave his characters. A friend of his   wreckerwolf was given sprite and he contacted me. Thinking BEAs should adjust to new owners so i asked and i began to change her design, it was a bit easier since it was almost a clean slate with her. So, behold! Sprite BEA 2.0 it is more arachnid esque and bondage oriented plus has glasses and better proportions than its previous form. Theres more changes to it, be sure to enjoy them!