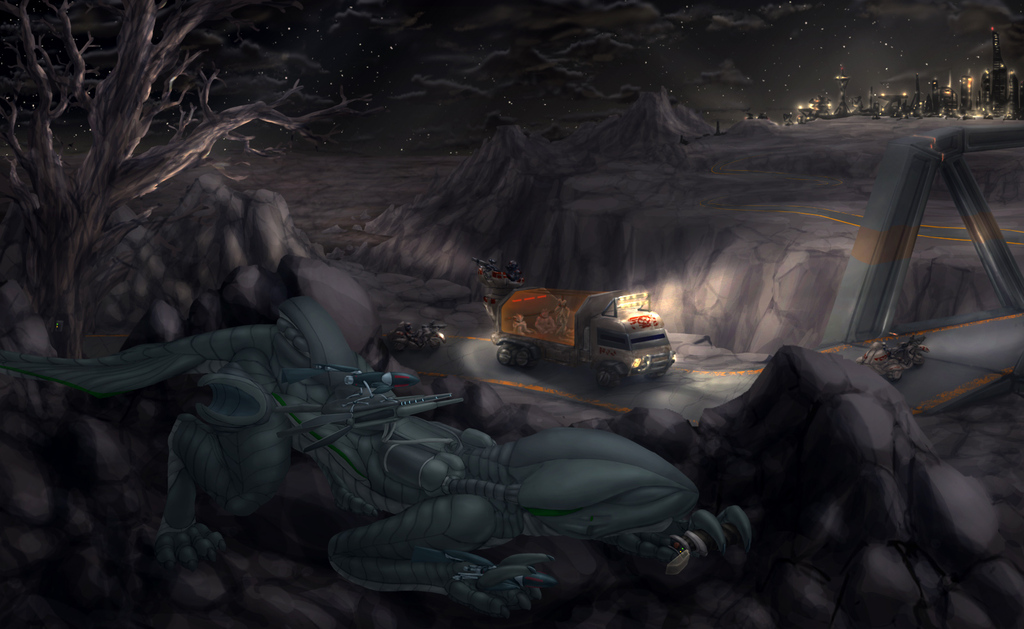 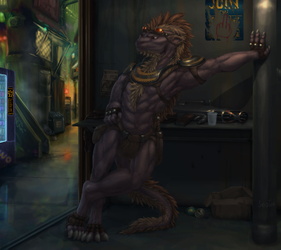 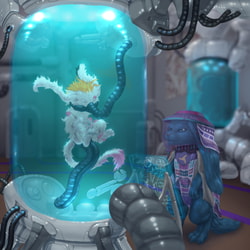 Sometimes, the task Nresiil is trusted with has no ambiguity about its situation, only the plan and the tools to solve it.

On this planet in the outer reaches of known inhabited space, civilization can be only technically called so.
Warlords and mafia leaders rule the cities, half-automated mining colonies, agricultural facilities and trading ports scattered around the surface.
Activities that are not tolerated in many regions of major factions in space are still flourishing currently in places like this, such as slavery.
Some interestellar organizations have persistent bounties for proof of kills or captures of slavers, and certain bounty hunting organizations like to target certain higher profile individuals among these criminal organizations. Furthermore, some of whom are currently slaves can be worth an especially high reward to whoever frees them and gets them safely to the organization.
Nresiil is not afraid of such risky missions, the feeling of countering the slaver's operations, freeing people, and receiving a respectable sum of inter-factionally recognized currency are all good incentives for him.

His gear is relatively more technologically advanced than the general equipment of these slaver convoys, although that alone is not enough for success: Nresiil has learned of this route beforehand, weakened the beams of the bridge with his armor-mounted cutter, and planted explosives in strategic places which will leave at least one vehicle damaged and the most important one trapped, this at least temporarily.
That's all the time he needs for the surprise assault, which will be especially shocking as he utilizes his otherwise sparingly deployed robo-missiles.