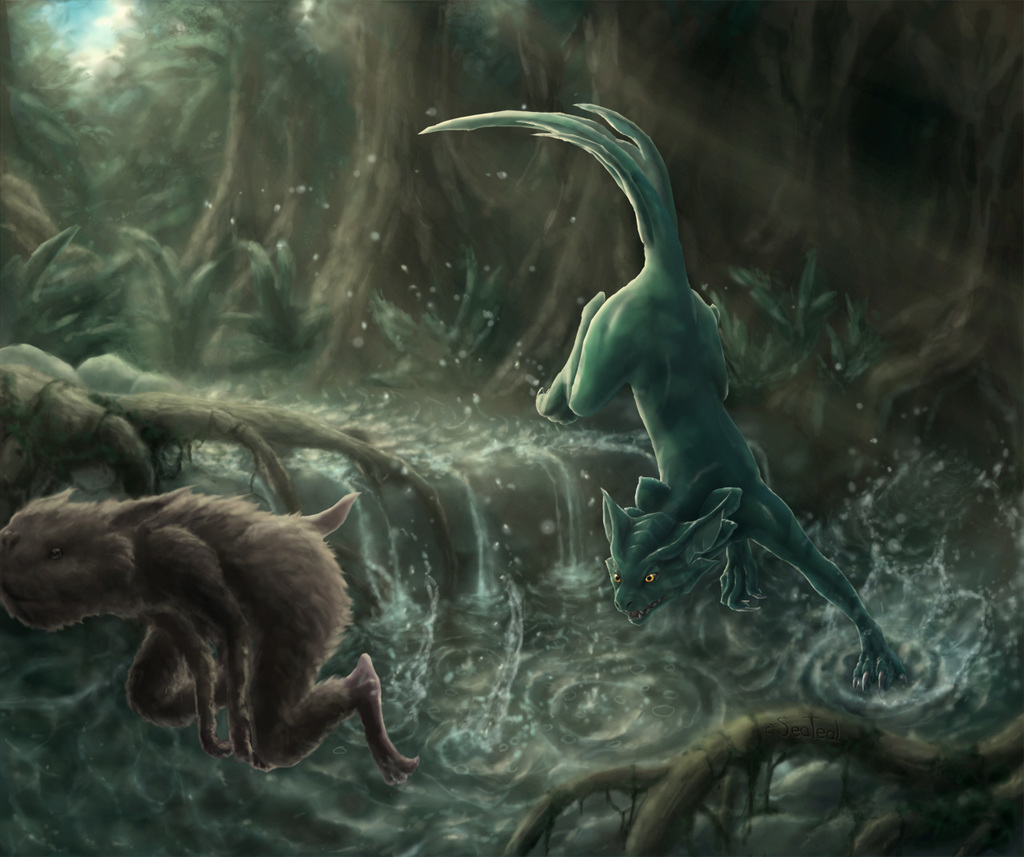 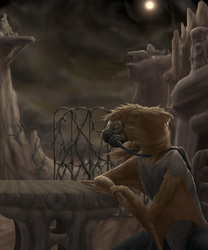 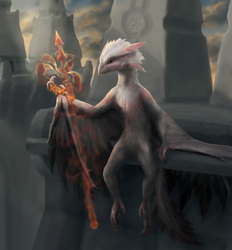 Even though having built a technologically advanced interstellar civilization, the hesiarr often return to the jungles, rainforests, and swamps of their hoimes to practice their ancient instincts, hunting with just what nature has given them.

There were times when their claws, teeth, and agility wasn't enough to remain the rulers of the jungle territories though, in times when greater predators roamed the lands seemingly undefeatable, the hesiarr eventually overcame them by wits, tool use, and long-term planning; claiming the title of apex predator of their planet.
As their civilization went on, progressing in technology over the millenia and in the wake of planet colonizations, they never forgot their base of morals, that it's the will against all odds and the tenacious struggle that determines that inthe end who remains predator or prey.