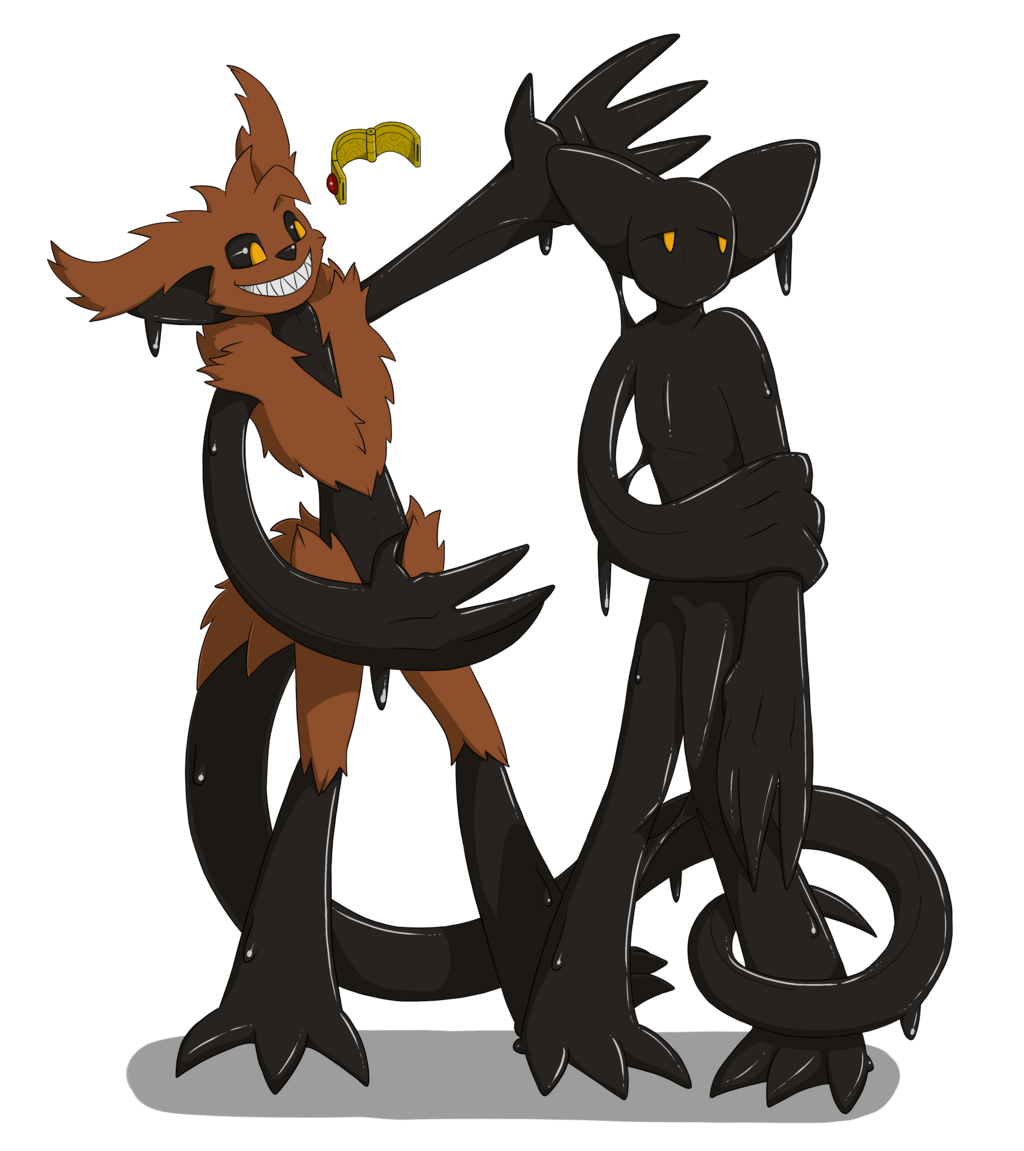 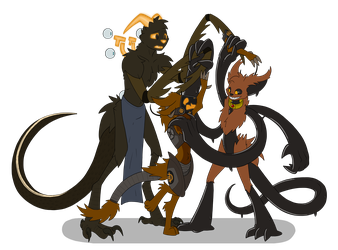 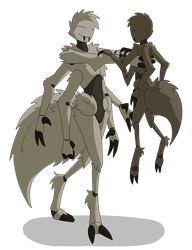 Fiddif, being an entity made out of goo, got some tricks he can use when he removes his stabilizing collar.
One neat thing he can do is use a pair of his arms to create a long-lasting clone of himself. The clone is fully autonomous and even have a personality. It contrasting Fiddif's own confident attitude by being shy and insecure. While Fiddif needs to have his collar off in order to summon his clone, he can safely put it back on and have the clone work besides him until he recall it or it destabilizes.

Fiddif doesn't directly control his double outright. Instead, the clone seem to uncannily know what Fiddif wants and does his best to carry it out. It can, because its also a goo thing, perform stuff that's not possible for a normal creature. If Fiddif doesn't recall his clone before it fully destabilizes, it'll simply collapse into a pile of goo and return to Fiddif.