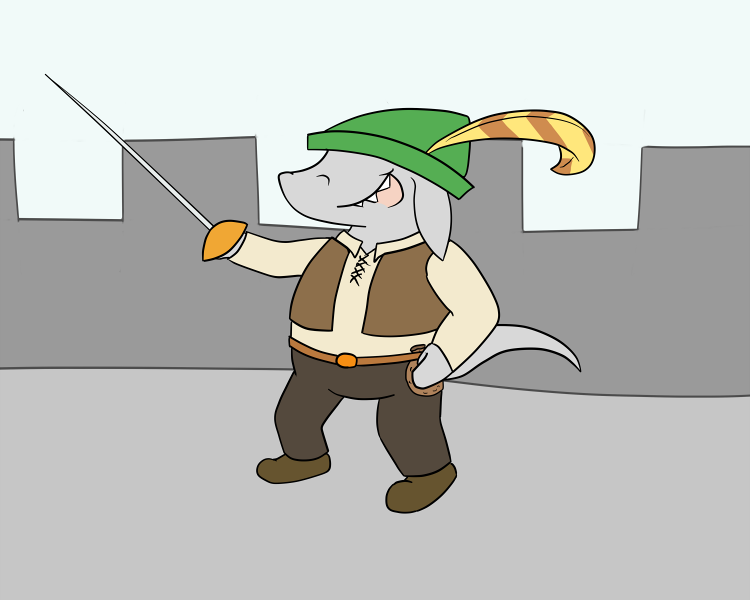 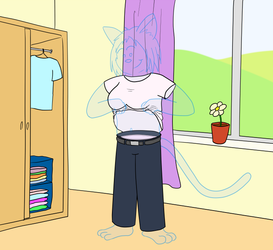 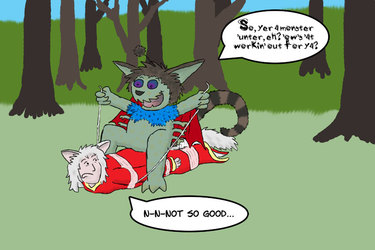 Dashing and daring, courageous and.. wait, that's someone else. Still, the tales of Ruskel the Rogue spread far and wide! Neer-do-wells and tyrants have learned to fear his slashing blade, the weak and helpless are always happy to hear his name, and other adventurers exchange vastly exaggerated rumours in alehouses across the land!

Some say that Ruskel was the one who rescued the helpless Princess Carmen from the terrible clutches of Baron Karloff, stealing naught but a kiss before disappearing into the night!

Others say that it was none other than Ruskel who opened the hated Lord Zubin's dungeons, leading the prisoners to freedom and Zubin to justice!

Many are the stories of those who almost managed to pin him down, though somehow, the daring rogue seems to give them the slip at the last minute - though as to how, anyone attempting to learn his secrets can expect a glib response at best. After all, why would he spoil the air of mystery? He's got a legend to keep up with, after all!