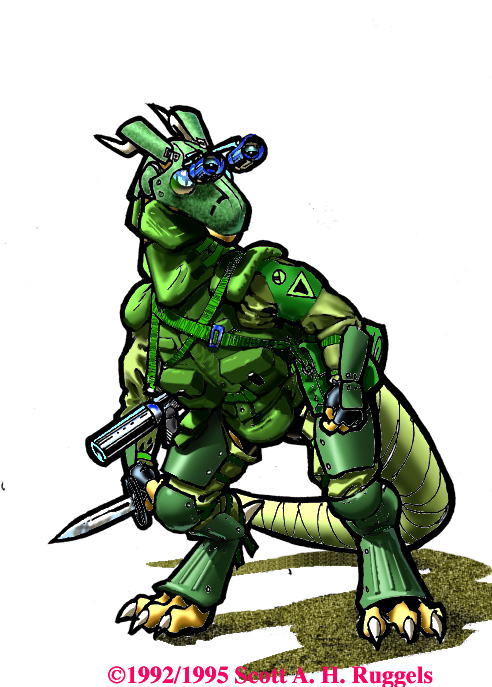 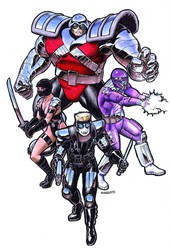 this is Tsurukh the Mercenary as dressed for action during the "Treaure Hunters" story. She's all in green cammo and ballistic armour for the jungle climate, and carrying her "thumper" a mixed use projectile launcher. Done in Photoshop and probably the earliest extant digital color file of mine, as by the date.