Neraven and Violetta in Work Clothes Inked by Scott Ruggels 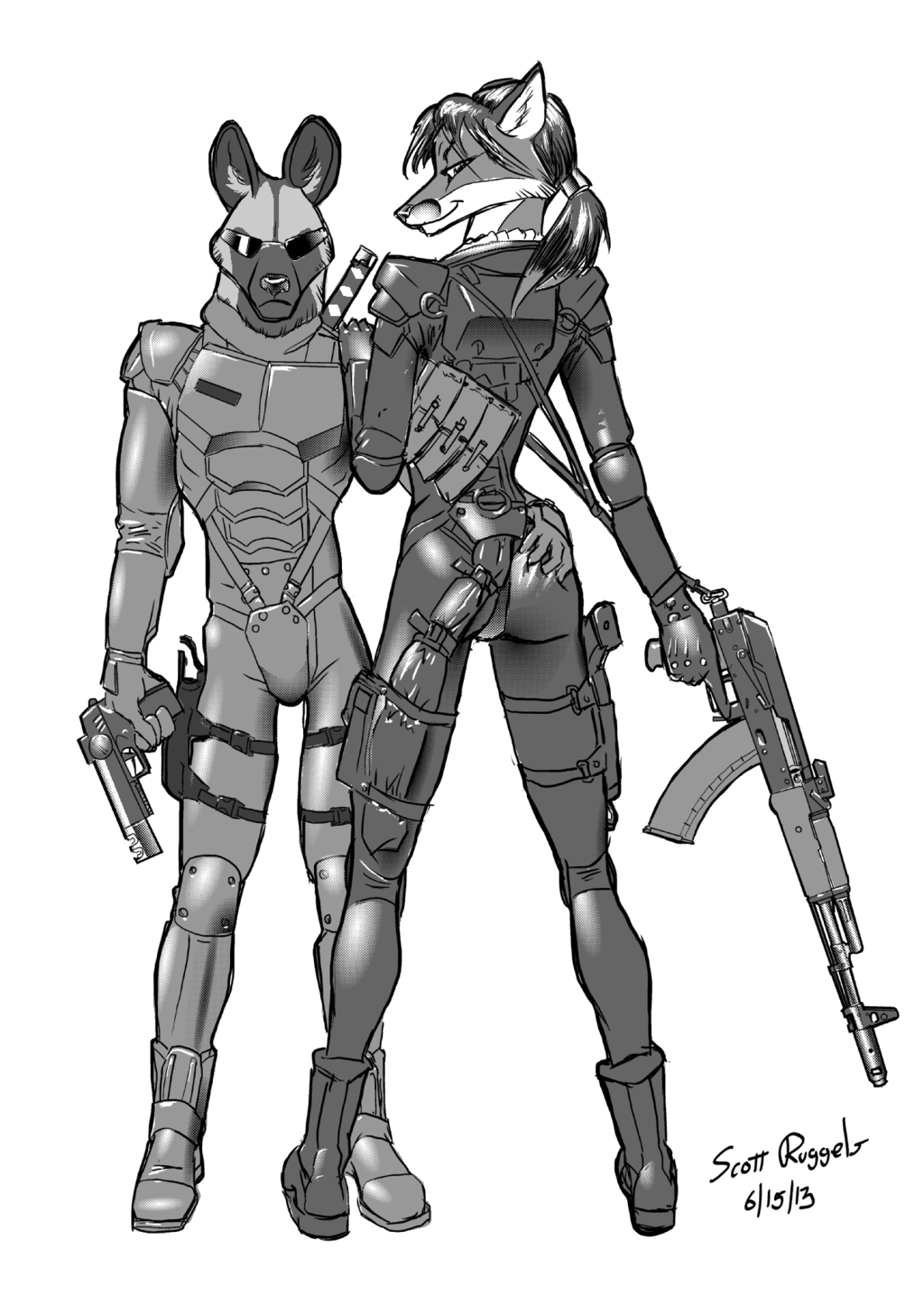 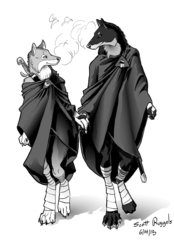 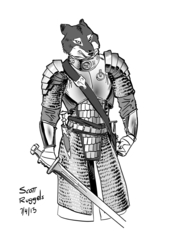 This is the final day for this week of experimentation with Manga Studio 4 EX. Today was inking something a lot more complicated than Lupine barbarians in Skimpy clothes.If this was manga studio, I wanted to see if I could approach one of the Gods of Manga, Masamune Shirow, and his use of tones. I followed the basic formula of only 5 values, plus gradients, with 20%, 40%, 60%, being the values. As such this image should print nicely in B/W. There is still a lot I have yet to explore in Manga Studio, such as the Panel tools, and all the specialist rulers for curves, perspective, parallel lines, and concentric circles. This represents about 10 hours worth of work but this is also an entire comic page. The inking took about 2-3 hours, but the rest was all the tones and gradients. I tried to capture Shiro-san's style, but I am not on his level. As to this week of using Manga studio, I will probably post my thoughts on it later in a journal entry, but the short comment is, if Color is of minor concern for you, but you love to draw, digitally, and or make comics, this program is so far above Photoshop and even SAI for it's sketching, and inking abilities, it's not funny. This is a too. for serious print comics professionals. I have heard that manga studio 5 has improved the color tools drastically, into something similar to SAI, but I haven't seen it yet. If i were to go back into comics, this would be the tools I would use. TO me the poor color tools are not a problem. I could just as easily export the line work and pull it into Photoshop. However... I probably wont, because even though several people have asked me about color and have expressed admiration for my digitally painted work, I am not comfortable with color and texture at the same time. Black and white is where I go to have fun.