Female Werewolf With an RPG by Scott Ruggels 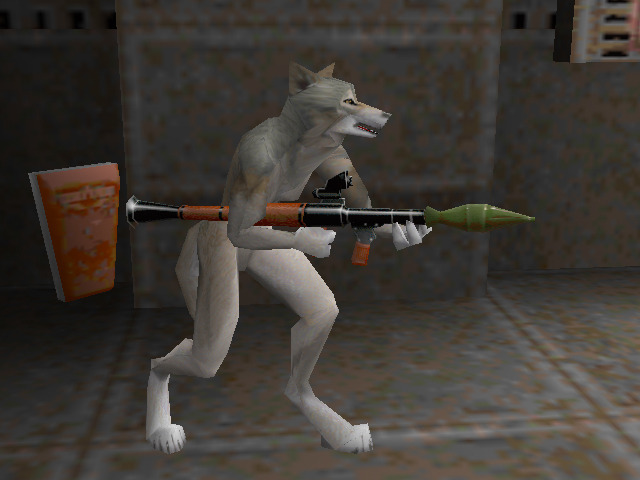 Female Werewolf With an RPG

In 1998, I was working at the 3DO Company in Redwood City California. I joined a website called The "Quake 2 Personal Model Project". Paul Steed had recently created the Crackwhore custom model for Quake 2, and had described how to create and add assets to the currently hot first person shooter. At the time Someone named Skunkwolf had created a "werewolf" Custom model,and I thin did it badly as the model was made out of boxes. Now I tend to be polite, and appreciable, but we all have our faults, because often times, nothing makes me want to create more, then seeing someone else take a subject I like and do a terrible job of it. So after hours at work I made the model, rigged it and painted it, and did a custom weapons pack based on Warsaw Pact weapons. When I posted the model, the response was positive, and I received help with the sound pack and got many custom skins from the site membership. The model was a success.

However, in the process of animating it, The character took up residence in my head, made a little space, and invited her friends over. Far from the slavering monster of legend, she turned out to be a quiet, reluctant warrior, full of nervous energy, wary ears, and an ironclad sense of duty. Even after I released the model, she continued to sit in my head and tell stories, introducing me to a world and other characters, and thuse was the character of Asheru born, in 1999.

Original Model files to put into your Baseq2/players directory: http://tastyspleen.net/~quake2/baseq2/players/fwwolf/