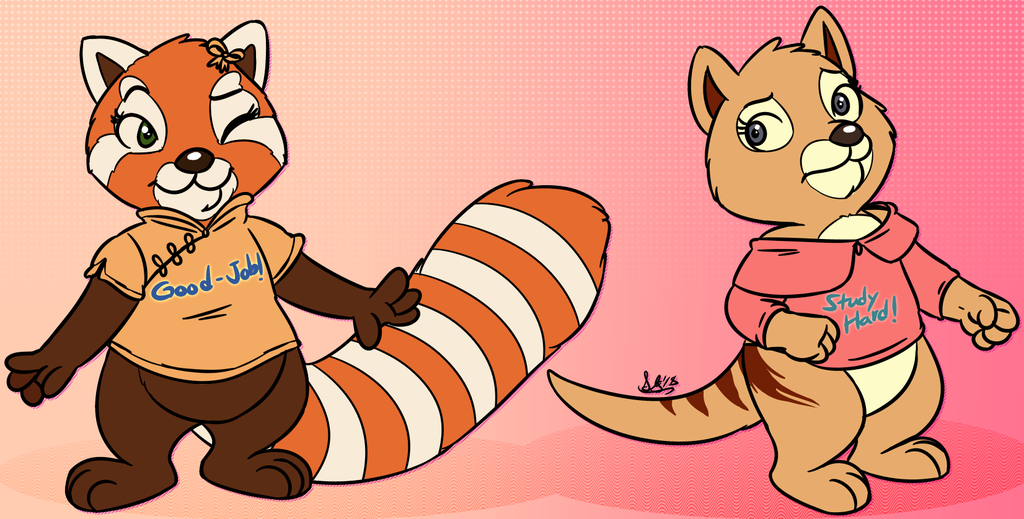 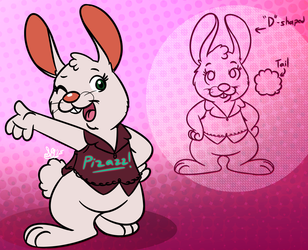 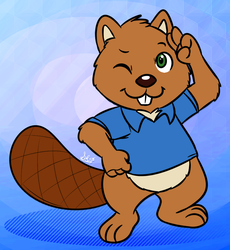 Sierra Red Panda: Team Coordinator/Communications/Monitor.
Meticulous, calm, astute and wholehearted.
Coming from a smart family, Sierra grew to appreciate computers and is even a bit of a strategist. Unfortunately her strengths would make it difficult for her to socialize in her old school, to avoid bullies her parents sent her off to their alma mater, the Shirt Tales Academy, where she met fellow intellectuals like Pammy, Philipa, Odette and eventually her other friends.
Her skill make her ideal for monitor duty, arranging who goes where, form up special teams to meet specific situations, keep comms open, etc. Her job does make her stuck in the base for too long, so occasionally she has to socialize in the outside world like Odette.

Philipa Thylacine: Team Trainee Instructor.
Wary, protective, and misanthropic.
Due to reading up on the bad side of humanity’s history, including the extinction of the thylacines of their world, Philipa has grown to dislike humans. (Despite her species in the “Shirt Tales” universe actually thriving, including other man-made extinct species such as the Dodo”)
When enrolling into the academy (as well as befriending Pammy and the gang), she eventually took the roll as teacher were she taught Kip and TJ.
Despite expressing her protest of locating the team in the human world, Philipa still followed her team not only to continue training her favourite pupils but also to keep an on those “no-good humans”.
Her friends have been helping her warm-up on humanity with somewhat decent results, her currently “befriending” 2 humans so far.

Mod: I’m running out of colors… and Rick’s team is getting too damn big~