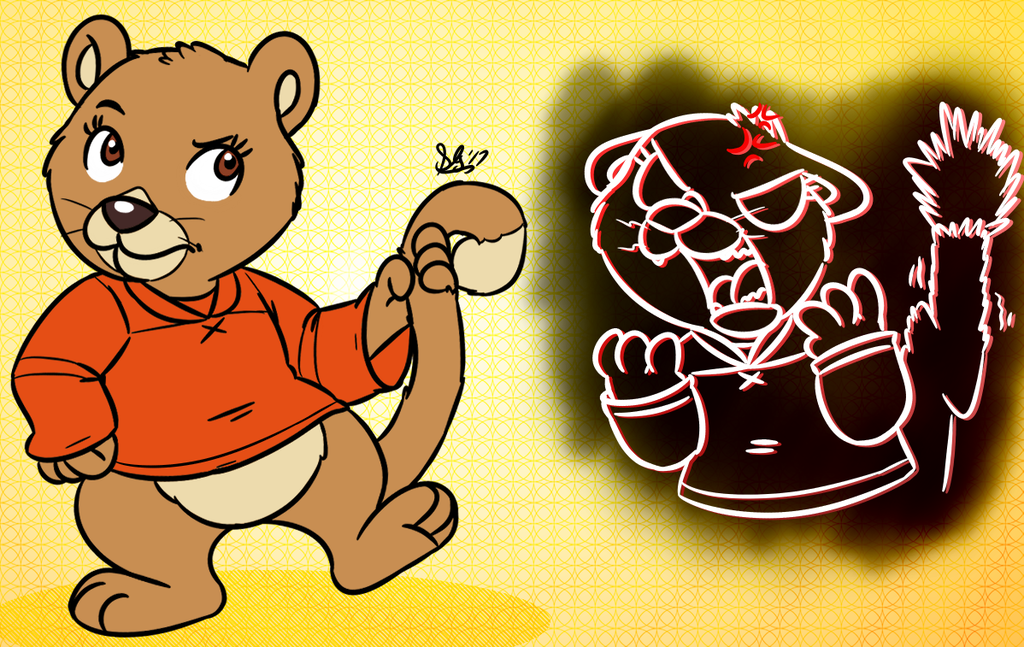 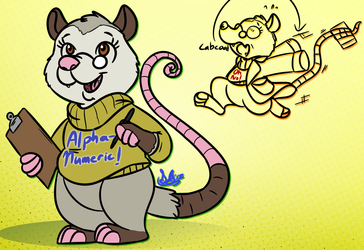 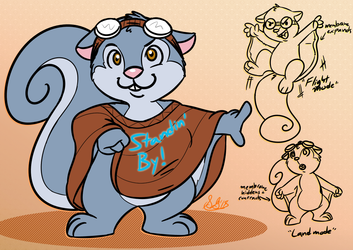 Morwen Mountain Lion:
Team gym/martial artist instructor and head of security. Irritable, serious and over-competitive yet loyal (and a sports-nut, hence the Jersey).

Being the only girl in a house full of boys, Morwen had to learn how to fight back.
Wanting to help people like herself, she joined the Shirt Tales Academy but had a rough start. After several scuffles, she nearly got expelled until her future teammates helped her turn her life around; since then she sees them as her true family.

Despite her issues, she has fierce loyalty towards her team, willing to give her life for them. (Even Todd, who frequently ticks her off)
Since as a cub, Morwen would often play with her tail to vent (especially twirling it around) when she’s very nervous, frustrated, excited or bored. (Most critters do it but Morwen does it constantly)

(Originally a Mandrigili OC but I decided to move her here. She’s basically a homage to “Pink Panther and sons”, Nicole from “Gumball” and the “tsudere”.)