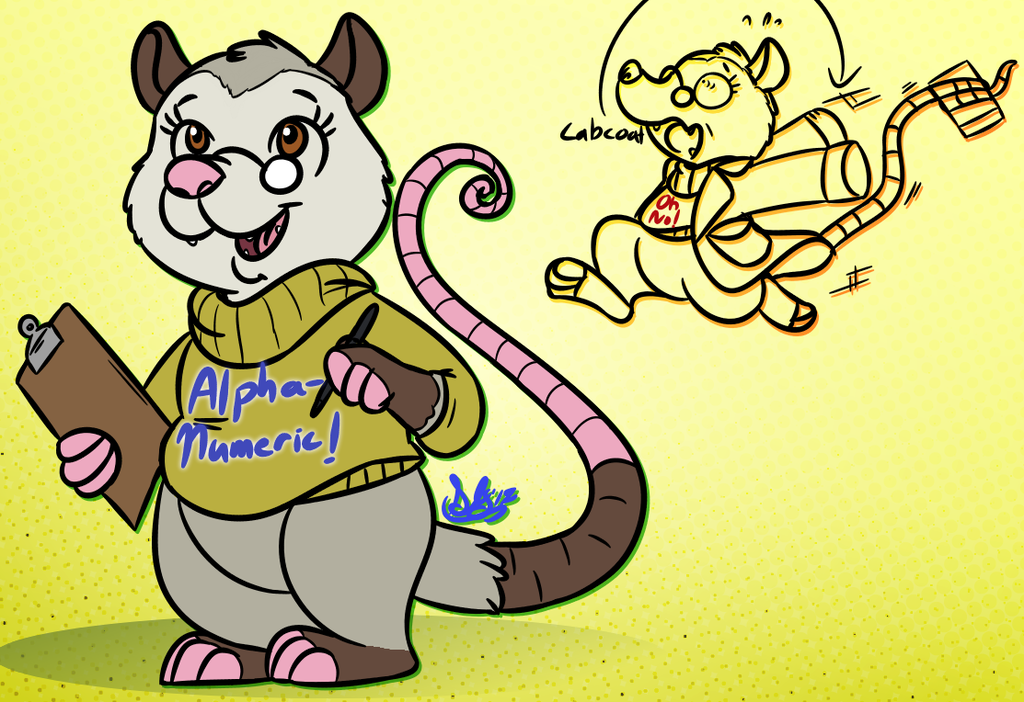 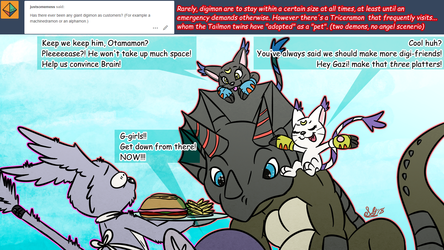 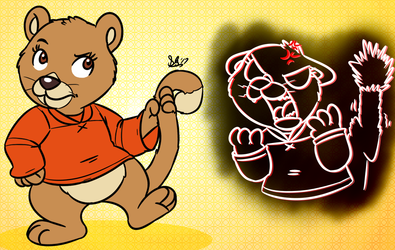 Odette Opossum: Team technician/engineer/Inventor.
Shy, awkward, insecure, codependent and geeky, Odette is the genius in charge of Shirt Tale tech and the HQ. Enlisted in the Academy at an early age, Odette started out as a recluse, until she met her only friends at the time, Pammy, Violette and Rick.

Eventually, Odette befriended the rest of the current Shirt Tales team, instead of cutting herself off from everyone, she now has becomes clingy.
Though she gains confidence and pride from her team, she never seeks it from herself due to low self-esteem or worth. Often, her friends would express their concerns and would try various ways to help her with her problems.

(MOD: Yea, she’s somewhat replacing Digger… based on the episode, “Digger’s Double”, where a rat impersonated him while stealing cheese. She was suppose to be a rat, but I felt possums are more fun to draw! I love how the body proportions came out!)