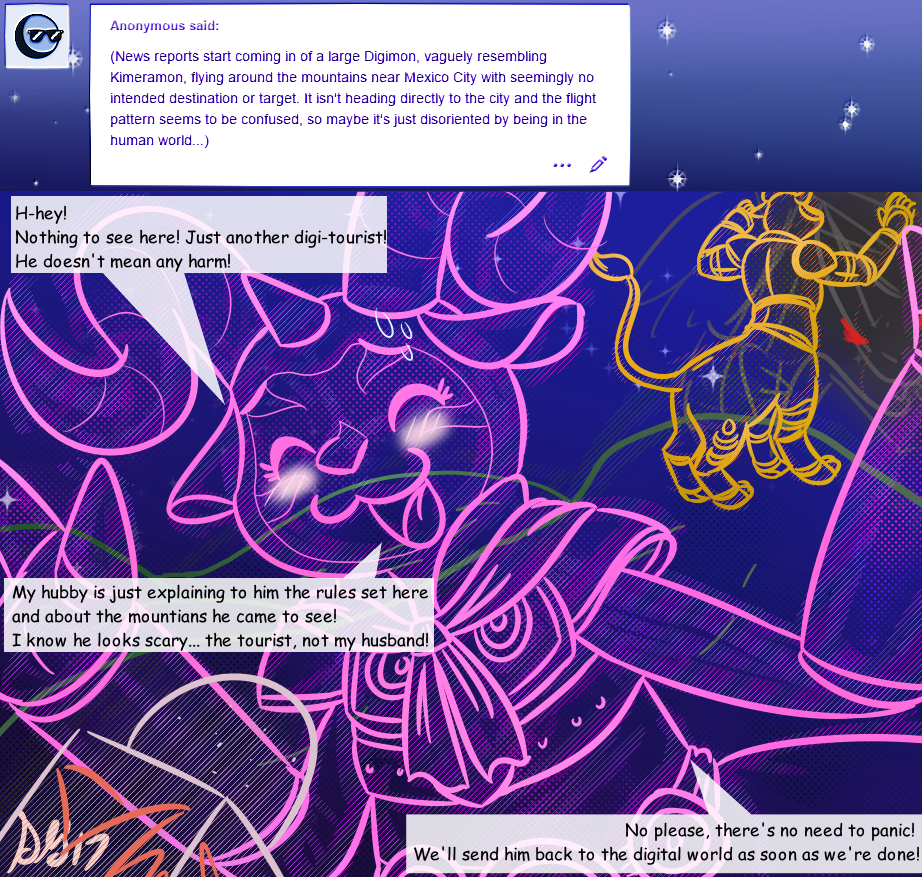 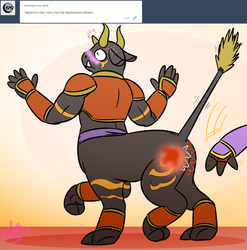 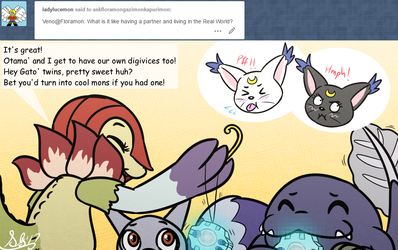 Post MaloMyotismon Mexico City (headcanon): Like many other cities around the world, Mexico City has adjusted to the existence of digimon, accepting them as tourists and even as citizens. However, many regulations have been set in place such as the requirement to slide-digivolve down inoffensive levels such as rookie and the prohibition of attacks. Digimon such as Pajiramon and Vajramon can be allowed to stay above the rookie-stage and even use their weapons, as long as they have proven to the authorities that they are no threat.

(I also like to think that Mexico is far better off in the Digimon universe than in RL. A concerned former-citizen can dream... T^T