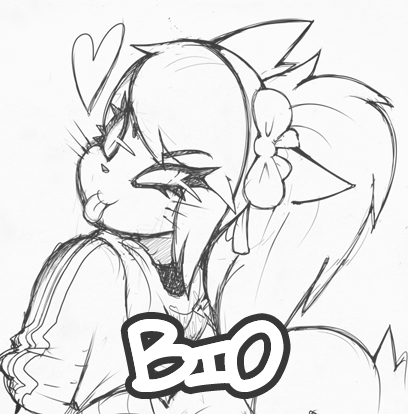 Minx plays an important role in the story of CJRFM. She is a strong female protagonist. ... yeah pretty much x'D

Minx is a hot little gangsta slut =w=’ <3 But naw there is a lot more to her than that xD Minx is a trashy and largely extroverted 19 year old feral black/dark grey cat of ebonic Caribbean decent. Love it or hate it, she is everything about the British gangsta chav chick stereotype there is (tracksuits, sideways pony tail, poor vocab and grammar) but with an odd and unique little hint of power puff girls cuteness mixed in. She is a passionate female Bassline / UK Garage Singer and MC and is very sex positive character. (making this very, very clear right from the get go.)

Minx’s blatant personality staple is her tendency to flaunt herself and flirt with every living thing in her vicinity.. As well as being very happy, loud and hyper active in the process. However don’t let this make you think badly of her. While she can be a little bit obnoxious and obviously enjoys the attention, she still has her standards and knows how to handle herself. This makes Minx somewhat of a “troll” or “tease” in certain situations and more often than not that tends to annoy a lot of people who don’t know her personally. (especially the girlfriends of fit guys) While people think badly of her life choices, she chooses to ignore it all and just lives life as she sees fit. Like saying fuck you to the world and being obliviously happy about it =w=

Minx lives on the estate with her mother and younger brother and was one of the original residents, being there her whole life. As well as being a sex addict and one of the few female MC’s on the circuit under the alias "MC Minxy", Minx is surprisingly good at British Kick Boxing (Being a green belt) and is trained regularly by her mother (Who is a Black belt) (This also explains Minx’s awesome chun li thighs xD) so yeah… The relationship between Minx and her mother is strained however.. As naturally Minx acting the way she does, her mother simply does not see her as a responsible young adult let alone a strong headed martial artist.. She has been proved wrong multiple times though as Minx’s gifted skills at self defense have gotten her out of lots of bad situations and continue to make her proud. even if she is a little hard on her daughter sometimes about bringing guys home. Her brother is a social recluse and weedy video game geek. lol

Minx’s dream in life is to be a world famous female rapper and singer (her idol is nicki minaj after all xD) soo yeah overall she is a very loud and comedic character, exciting to the eye with sexual humor but also surprisingly strong with deep relationships. There’s no doubt Minx has a thing for Frank… (mostly intrigued by him for being so different to most guys she knows) but then again she acts as though she has a thing for everybody =w=” lets just see how it pans out huh :3

(I feel this bio needs more work! I will write more some other time so what out for updates) 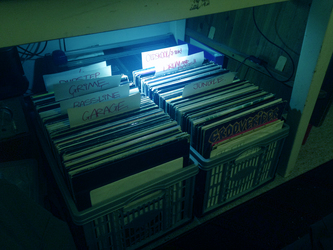 Let me know what you think! and what other characters you would like to hear about uwu